INTROThis is a live report from Saggart, Co. Dublin, oddly named after the Irish word for “priest.”The theme of today is activism and taking action, but the Dalai Lama speaks here of nurturing peace within the individual and within society. ALLEN MEAGHER reports:LIVE REPORT“No-one on this planet inspires people more than the Dalai Lama,” says […] 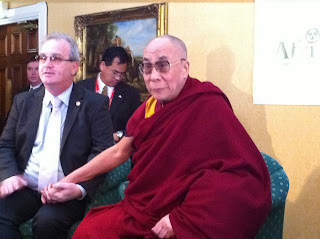 INTRO
This is a live report from Saggart, Co. Dublin, oddly named after the Irish word for “priest.”
The theme of today is activism and taking action, but the Dalai Lama speaks here of nurturing peace within the individual and within society. ALLEN MEAGHER reports:

LIVE REPORT
“No-one on this planet inspires people more than the Dalai Lama,” says Children in Crossfire director, Dr Richard Moore.
Dalai Lama spoke, beginning by recalling how in 1959 the Irish Government was supportive of the Tibetan cause.
A small nation can produce some wonderful people, he said giving the example of a daughter of one of the victims of the Omagh bomb whom he met this morning.
“But she showed no sign of anger or hate.”
He said that was wonderful and laughed his characteristic laugh.
“We all want happiness, a peaceful life. The source of happiness is not money. Billionaires are deeply unhappy people, they have too much anxiety. Have an open mind, take a holistic approach… these are the basis of inner strength, inner peace.
“Wherever I go I try to share with other people that you should look inwards, the source of happiness is inside.”
He said sports, dance and so on were “useful” but said the ultimate source of happiness is within us.
He referred to the man who invited him to Ireland Richard Moore as a “hero” and a happy person.
DM referred to the British solider (he probably means policeman) who was shot.
He talked of the promotion of religious harmony – “Here you need more effort.”
He previously visited NI twice and remarks with irony, “Both (communities) are followers of Jesus Christ.”
“I’m a Buddhist. We have no idea of a creator.”
But he said he admired the deep spiritual practise of Christian “monks” he met in NI.
HE SAID THAT DURING THE 2 DAYS OF HIS VISIT TO IRELAND, HE CALLED FOR A LIFELONG COMMITTMENT TO PEACE.
Answering media questions, he said in reference to the high rate of mental health illnesses in Ireland – He said societies where people look outside themselves for happiness were faulty (I’m summarising not quoting).
“People put too much emphasis on material values. And also, the lack of experience of inner values. Self-confidence reduces anxiety and stress. Inner strength also brings genuine friendship, because you’re behaving honestly, openly.
“The basis of genuine friendship is trust.”
He said he has now stepped down as the political leader of the Tibetian movement (for freedom from China’s colonialisation of his country).
The press conference continues… more shortly perhaps!
Why is Changing Ireland here today – the Possibilities conference is about people taking action for change, it’s about nurturing community activism. 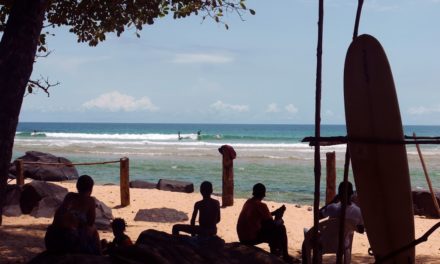 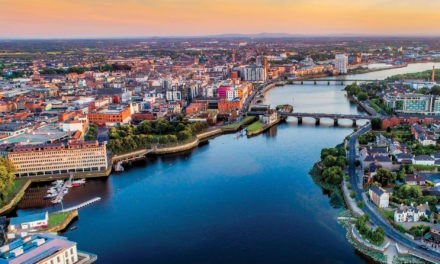