Young children and their mothers walking home from primary school in Moyross had to run for safety this afternoon or risk being trampled by a loose bunch of ponies and horses. The dozens of horses kept in Moyross cause no trouble for people normally, but on this occasion a herd mounted a footpath at a […] 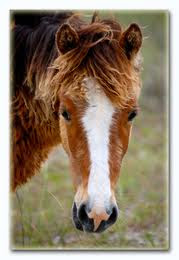 Young children and their mothers walking home from primary school in Moyross had to run for safety this afternoon or risk being trampled by a loose bunch of ponies and horses.
The dozens of horses kept in Moyross cause no trouble for people normally, but on this occasion a herd mounted a footpath at a gallop after a local adult panicked them. He was taking part in a round-up after word went around that the pound were in Moyross to take away animals. The drama unfolded outside ‘Changing Ireland’s front door.
One of the mothers expressed her anger afterwards. She cursed the Gardai and the pound for coming out “at this hour”, saying such work should be conducted by night – certainly not while children are on their way home from school.
Meanwhile, dozens of horse-owning youngsters anxious about their animals ran to the field the pound normally targets. As residents and community workers will tell you, the pound likes to pick on the well-kept horses that are tied, rather than chase after animals that are loose and are a genuine danger.
The pound – which is privately run – has been condemned for this approach for years but nothing has changed.
The Control of Horses Act is 15 years old this year and is detested locally. It has made it illegal to own horses in urban areas, alienating many youngsters and costing the State millions in payments to the pound people. However, despite the fact that thousands of horses have been impounded, this approach has failed to kill off the urban horse culture.
When it was introduced, there was talk of horse projects for neighbourhoods where many of the residents like horses, but nothing came of such promises in Limerick. For 14 years, the Community Development Network Moyross tried alongside the horse-owners but the powers-that-be stone-walled every approach.
“They’d be better off spending the money they waste on the pound by using it to set up a horse project. All we want is a place where we can keep our horses and look after them,” said one local horse-owner.
Editor, Allen Meagher, is currently investigating what can be done from a community perspective to preserve and nurture the horse culture safely both here in Limerick and in other parts of the country.
Horses, in our experience, are generally well looked after by people here and some are exceptionally well cared for. A story of horse-cruelty in the area some weeks ago received hours of local radio coverage but the story was greeted with incredulity by many locals here and questions have been asked about the story’s veracity.
“If it’s true, it’s disgusting,” said one local horse owner. “If I found people hurting a horse, I don’t want to tell you what I’d do to them.”
Meanwhile, everytime the pound visits Limerick there is drama, but it is rare that people find themselves in such danger as occurred today.
The outcomes would be very different if the local authority took a community development approach to the matter.
Meanwhile, the Gardai are employed to officially close roads for car rally-races, yet sulkie-racing – potentially a tourism attraction if it was nurtured – is never accommodated.
Incidentally, it costs around €1500 to get a horse back from the pound which makes the panic that erupts when the pound is seen approaching understandable.
Most horse-owners never see their pets again.
COMMENTS WELCOME! YOU DON’T HAVE TO GIVE YOUR NAME.

Especially for people who’ve been excluded