Entrepeneurs 4 Change – Community groups giving would-be entrepreneurs second chance Five community organisations have pulled together and pooled resources to bring a new entrepreneurial programme to Ireland, one which has proven a success in the USA in giving social enterprises a start. In January, the programme helped 20 business hopefuls in Wexford and Dublin […]

– Community groups giving would-be entrepreneurs second chance
Five community organisations have pulled together and pooled resources to bring a new entrepreneurial programme to Ireland, one which has proven a success in the USA in giving social enterprises a start. In January, the programme helped 20 business hopefuls in Wexford and Dublin who initially had loan applications refused.
The ‘Entrepreneurs4change’ programme which may be repeated in other parts of the country began when a community organisation in Co. Wexford and four others from Dublin, including a national Traveller organisation linked up. The organisations are Dublin Simon Community, National Traveller MABS, Job Care, South West Wexford Community Development Programme and (Dublin’s) South Inner City Community Development Association. The latter two are part of the LCDP.
Twenty people who had shown they were passionate about starting their own businesses or social enterprises and creating employment took part in the fortnight-long programme. They were supported to develop their business ideas into sustainable business plans and to create their own personal stories in a video format to be pitched at future lenders and supporters.
One unique feature of the programme is ‘the Elevator Pitch’ which gives an immediate visual representation of the entrepreneur and his or her business idea. The term comes from what you would say to a stranger if you were in an elevator and had up to 60 seconds to speak to them before they reach their floor. Participants practiced what they would say so they’re able to reproduce it at any time. One participant Grace O’Mahony from Wexford said it gave her “a vital insight” into what she needed to do to set up her own business.

Sharon Kennedy, SWWCDP manager said that given the hardship people have getting business loans, “It is exciting to be part of a new national programme to support people who have business ideas that may generate employment and profit.” She welcomed the Government’s new Action Plan for Jobs 2012 and the development of a new Community Enterprise Development Programme through Enterprise Ireland along with a micro-finance fund which will provide loans of up to €25,000 for start-up businesses like the ones their programme is supporting.

A similar programme run in Los Angeles with homeless people led participants to turn their ideas into successes and they are now turning a profit. In Ireland, training for trainers was also delivered to the supporting organisations so the programme can be delivered to other communities.
Ron Schultz founder and executive director of ‘Lending4change’ and ‘Entrepenuers4Change’ said it was “incredibly rewarding for everyone involved. This has proven to be the right programme and the right time.” And among those keeping a close eye on the initiative are Social Entrepreneurs Ireland, Social Finance Ireland, Business in the Community (featured in our Winter 2011 editon) and Trinity College Dublin. 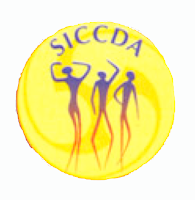 • South Inner City Community Development Association is based in the Liberties area of Dublin and is committed to promoting social, educational, cultural, economic and environmental development. It is
part of the LCDP. 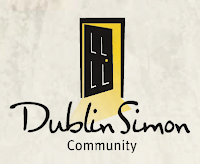 • The National Traveller Money Advice and Budgeting Service is focused on the issues of over
indebtedness of Travellers and exclusion from financial institutions. 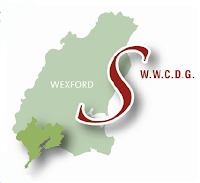 • South West Wexford Community Development Programme (SWWCDP) is a rural community
development project and is part of the LCDP.

•Jobcare has worked since 1994 with long-term unemployed people, assisting them gain the confidence,
skills and knowledge necessary to find and keep meaningful employment.

“I gained confidence; we all benefitted” – says 19-year-old organiser