Conor Hogan reports No Irish demographic has been hit harder in the recession than the young. In fact, of the working population under 30, one in three is now unemployed – a statistic that doesn’t bear thinking about.  Many are hit with the uncomfortable choice of drawing the dole, working for free as an intern […] 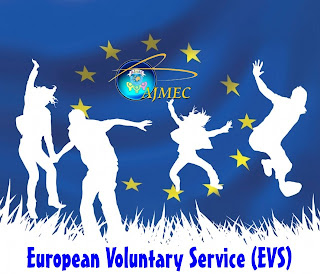 Conor Hogan reports
No Irish demographic has been hit harder in the recession than the young. In fact, of the working population under 30, one in three is now unemployed – a statistic that doesn’t bear thinking about.
Many are hit with the uncomfortable choice of drawing the dole, working for free as an intern or emigrating. There are some interesting options, however, the European Volunteer Service (EVS) being one of them.
The EVS scheme is funded by the European Union, and open to applications from anyone between the ages of 18 and 30. “The feedback we have gotten from those who have taken part has been almost uniformly positive,”

Des Burke of Léargas, which manages European, national and international exchange and cooperation programmes in education as part of the Department of Education, tells us. “It isn’t easy, but the rewards for people who do it make it more than worthwhile.”

In essence, the service is a volunteer swap between different nations in the EU (and some outside of it including Switzerland, Iceland and Norway). The aspiring volunteer identifies a country and volunteering position they would be interested in from an extensive database.
Generally, he/she will start their position three months after their application, and will undergo training in Swords, Co. Dublin before setting off. Transport costs are provided for, as are accommodation and meals. The volunteer also receives a small subsistence allowance and language lessons.
“Many countries in the scheme have populations with very good levels of English anyway,” Burke says, “so speaking French or German isn’t really an essential requirement really. The volunteer will also be mentored and provided with plenty of support in the host country.”
Positions available have designated themes including Arts and Culture, Media and Communications, Anti-discrimination, Disabilities, European Awareness and Rural Development. Some of the people who have participated in the scheme have ended up working in such diverse areas as helping blind people, working with the homeless, conducting art projects with theatre companies or participating in environmental or conservation projects.
The length of placement can vary anywhere from two months to a year depending on the volunteer. The funds available to administer it are relatively healthy at the moment, so Léargas are hoping more Irish people take up the opportunity to do it.
“We are currently taking more volunteers in than are going out,” Des Burke says. “85 volunteers come here as part of this compared to 35 Irish people that go abroad. It reflects the fact that Ireland is a popular destination, because of the English language and other Irish cultural aspects, but there is an opportunity for far more Irish people to take it up.”
For more information, contact Léargas via email at evs@leargas.ie. Deadlines for application are on May 1st, November 1st and February 1st.
W: leargas.ie/