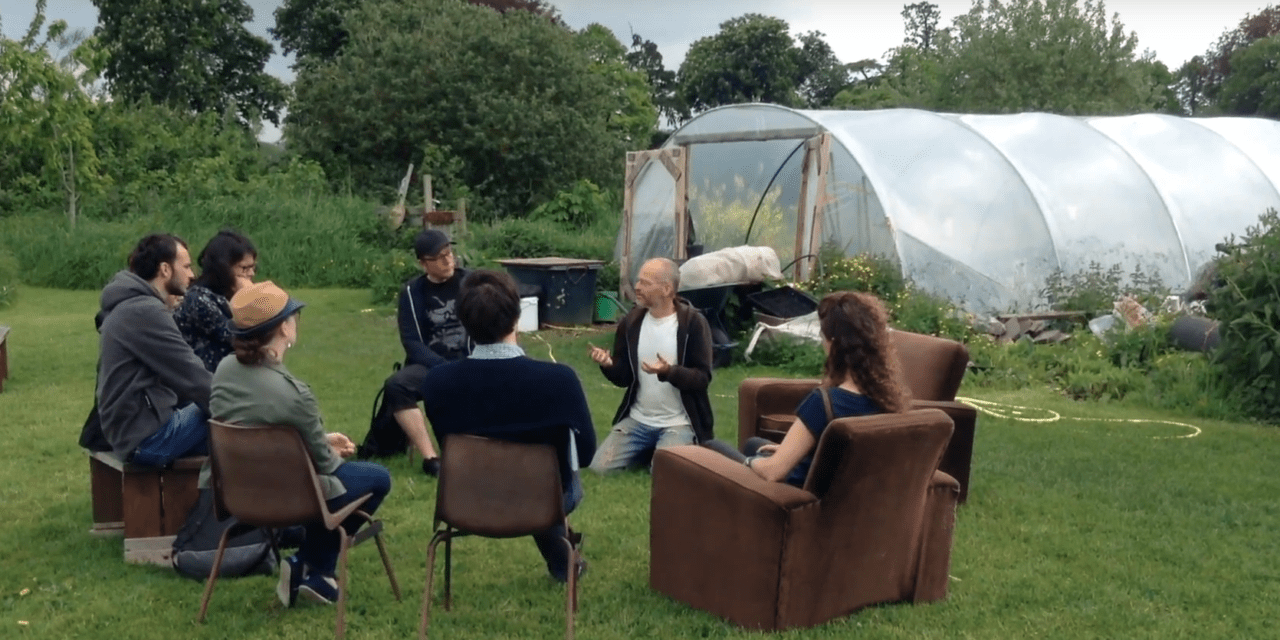 A new report signals that we are on the threshold of a possibly great era for community development, local development and social justice. It explains how we can best tackle inequality from the bottom-up. The report by social justice think-tank Tasc and colleagues in Europe puts people and local communities at the heart of the transition. ‘The Peoples Transition’ points out that if the transition is not fair it will not be made at all. Davie Philip reports:

Climate action seen as an engine of development 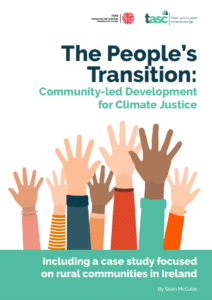 If you are a community or climate activist I think you will appreciate what has been brought together and proposed in the excellent new report by Sean McCabe, ‘The People’s Transition: Community-led development for Climate Justice’.

The report was published by Tasc and the Foundation for European Progressive Studies (FEPS).

The study builds on the pioneering work that is already being carried out by community organisations, cooperatives and rural communities across Ireland and Europe. The report proposes a participative model of dialogue and climate action as an enabler of local development.

It says: “This report can only scratch the surface of the remarkable work being done at a community level – there is so much to be learned from listening to and working with each other. “Is ar scáth a chéile a mhaireann na daoine” is an Irish saying that translates as: “It is in each other’s shadow that we flourish.”

The collaborative approach to addressing the climate emergency that the report advocates for puts communities and local development at the heart of Europe’s Just Transition. The study recognises that the transition can’t be top-down and it proposes that tackling inequality can also be done through the delivery of climate solutions and by raising standards of living for all.

Mr. McCabe hopes, “that this study can serve as a framework for designing and implementing policies that realise an enabling environment for a just transition by expanding the capabilities of individuals and communities facing transition.”

There is a focus on climate justice throughout the report, highlighting that the burdens of the crisis must be shared. It recommends ensuring that the most marginalised and impacted are included in participatory community dialogues and in the development of local action plans.

By valuing local knowledge and including people and communities in the design, planning and implementation of the transition to a zero carbon society, the study suggests we could catalyse and get buy-in to actions that are urgently needed.

In its executive summary, it states:

“Fast and effective action will be delivered when people see tangible improvements in their standards of living and, as a result, demand, rather than resist, the radical transformation that is required to avoid catastrophic climate change.”

The report, which runs to over a hundred pages, introduces the emerging concept of community wealth-building to ensure local wellbeing. Through changing the procurement practices of big institutions, local authorities and government, this can redirect their spend to the local economy and in doing so strengthen resilience and bring economic security to our regions.

Community wealth building is a practical response to austerity, financialisation and automation. As the ‘The Peoples Transition’ puts it:

“Community wealth building is a new people-centred approach to local economic development, which redirects wealth back into the local economy, and places control and benefits into the hands of local people.”

ABOVE: A table from page 73 of the 104 page report compares  funding committed to Just Transition, Rural Development and Climate Action with the average annual spend in Ireland on public procurement. As climate action becomes mainstreamed across government actions, it should be possible to align more and more public procurement spending with positive climate actions.

According to the paper, tackling inequality, expanding the capabilities of all people, and building trust between stakeholders, will ensure a virtuous cycle of action.

“The transformative potential of the transition can be realised through the redistribution of power and wealth through genuine, community-owned approaches. This serves to build public support for climate measures and uplift standards of living and well-being for communities, particularly those in situations of disadvantage.”

New approaches like participatory budgeting and community ownership along with models of community supported agriculture, food and energy coops, organic and regenerative farming practices are all discussed as enablers to addressing converging challenges. In summary, this report offers a bottom-up framework that puts people and local communities at the heart of the transition, which if not fair will not be made at all. The full report can be downloaded here. 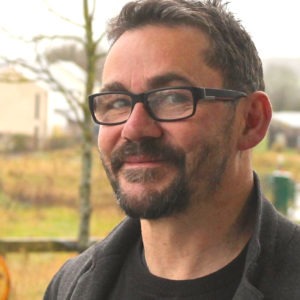 Davie Philip is a community catalyst at Cultivate, the sustainability cooperative based in Cloughjordan Ecovillage, and a network weaver with ECOLISE the European network for community-led initiatives on climate change and sustainability. 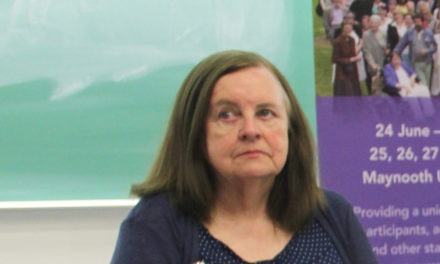 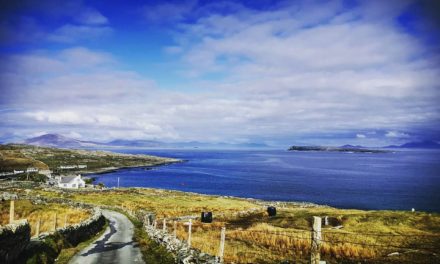 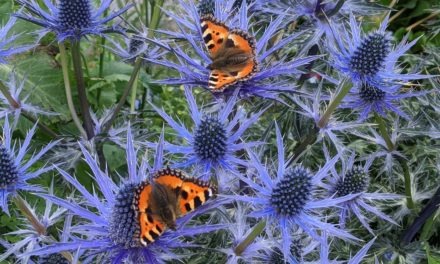