BY EVELYN O’ROURKE The village of Sangudo in Alberta, Canada, mirrors some of the challenges faced by communities in Ireland. With a population of 360 people, Sangudo has until recently, experienced a steady rate of economic decline. Businesses were forced to close and the younger population had no option but to leave in order to […] 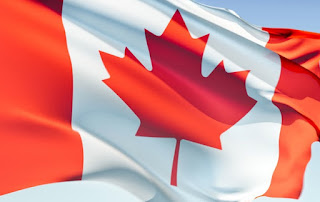 The village of Sangudo in Alberta, Canada, mirrors some of the challenges faced by communities in Ireland.

With a population of 360 people, Sangudo has until recently, experienced a steady rate of economic decline. Businesses were forced to close and the younger population had no option but to leave in order to find work.
Many communities in Ireland are facing similar challenges. With the onset of recession, businesses have been forced to close, and young people are compelled to emigrate.
The community of Sangudo tackled the situation by making positive changes, together.
In 2005, the education authorities threatened to close the local high school. What followed was a passionate campaign by residents to save their school. Emboldened by their success with the education authorities, community leaders participated in the Active Creative Engaged Communities training.
This provided the community leaders with tools to address the needs of their locality in the hopes of creating a future for their youth. The training led to the creation of the Sangudo Opportunity Investment Co-Operative.
Co-op chairperson Dan Ohler says they aimed to encourage “local money to stay local” and to help retain their younger population by creating employment and business opportunities. In doing so, they enhanced the potential for local businesses to succeed.
In May 2010, a group of close knit residents pooled their resources to create an investment fund, which they used to invest in businesses in the village. To date the co-operative has made a combined investment of $400,000.
“The owner of the meat plant wished to retire.”

They raised the funds by selling their investments, many of which were invested in the Toronto and New York stock exchanges. The co-operative considered a number of investment opportunities before they decided on the Sangudo Custom Meat Packers (SCMP).

The owner of the meat plant wished to retire but did not have a succession plan. The Co-op found two entrepreneurs who were eager to purchase the business but unable to access credit. The Co-op decided to buy the building and lease it to the entrepreneurs. By purchasing the assets the Co-op acquired security in the event of business failure. Purchasing to lease also enabled the investors to be active participants in the village economy without having the responsibility of running a business.
The Co-op and the meat packing company signed an agreement which requires the company to make monthly lease repayments and pay a quarterly bonus, based on gross revenue.
The venture was a success and group members recouped 6.3% of their investment in the first trading year. As an established business with customers, the abattoir did not require the level of promotion that start-up businesses do. Several members of the Co-op are experienced in business and were able to mentor the two novice entrepreneurs. Also, because members of the Co-op had a vested interest in the meat packing company’s success they encouraged their friends and family to support the abattoir.
The Co-op have since invested in ‘Connections’ a coffee house/ community meeting space on a purchase to lease basis. As a direct result of their investment, 12 new jobs were created in the meat packers and four in Connections. Ten of the 12 people employed are under the age of 30, demonstrating the ability of the Co-op to keep their young people at home and increase business opportunities.
“The Sangudo Co-Op is not a government initiative but originated within the community.”

The Co-op are considering a number of new opportunities, including a bio mass generator and housing project for older people.
The Sangudo Opportunity Investment Co-Operative is not a government initiative but originated within the community. It is the first co-operative of its kind in Canada. However, there is a history of government supported community investment funds in other Canadian provinces. The Community Economic Diversity Investment Fund of Nova Scotia was created as a cost effective way of encouraging investment in declining rural economies and reintroducing local capital.
Like many communities in Ireland, Sangudo experienced steady economic decline. However, through the Co-op, the community has improved their economic prospects and created employment. Their story demonstrates that by investing in capacity building, a community can use its strengths to shape its own future.
To learn more about similar projects in the UK please see https://fc-utd.co.uk/communityshares
To learn more about CEDIF please see: www.gov.ns.ca/econ/CEDIF/
Local community website: www.sangudo.net/index.php
DEFINITION of Social Enterprise
Social/community enterprises are businesses involved in economic and trading activity in order to meet a social objective (for example, to provide employment and/ or services to communities) and which operate through independent and democratic organisations.

Mary Connors is Traveller of the Year

Arklow: Men leave their shed in a boat