Sinn Fein’s Brian Stanley On October 11th and 12th, the Dail debated the work of the voluntary and community sector, prompted by a motion from Laois-Offaly TD Brian Stanley (SF). The motion, which ran to two pages, called for the sector to be recognised, and in particular for the Government “to establish an All-Ireland Consultative Civic […]

On October 11th and 12th, the Dail debated the work of the voluntary and community sector, prompted by a motion from Laois-Offaly TD Brian Stanley (SF).

The motion, which ran to two pages, called for the sector to be recognised, and in particular for the Government “to establish an All-Ireland Consultative Civic Forum promised by the Good Friday Agreement, which would enable communities to engage with others across civic society and across the country and share information, learning and best practice on an all-Ireland basis.”
Stanley noted that “even when public spending went up in 2009, the then government still cut the sector’s funding, with the new government quite happy to keep up this tradition.” He blasted the Government for “disproportionally” targeting the voluntary and community sectors (especially those working in the area of drug use and addiction) despite their “proven track-record and value.”
Overall, he estimated 5,000 jobs had been lost. Several other Sinn Fein TDs spoke after him:
– Aengus O’Snodaigh said the hearts of communities have been “ripped out.”
– Gerry Adams referenced the payout to Anglo-Irish and asked what €700 million could do in terms of helping our people.
– Donegal’s Pearse Doherty noted how there were “more than 7,500 charitable, community and voluntary groups across the State, providing full-time employment to 50,000 people.”
– Others censured the government for not supporting community art projects and drew attention to 24% cuts in childcare programmes this year.
The then Minister of State Housing and Planning, Willie Penrose (Lab) replied. He said the Government “recognises that the community and voluntary sector plays a crucial role in supporting social, community, economic and cultural life throughout Ireland” and “we have a responsibility to protect the vulnerable and disadvantaged in our communities”. They will have to do so, however, at a “significantly reduced cost to the public purse”.
He pointed to “considerable achievements” that had been made for instance by reducing the number of local bodies and by reconvening the Forum on Philanthropy. He said it was important to encourage a greater level of contributions from companies, which give on average only about 8% of what British corporations donate to charity. This could be achieved, he concluded, with efficient tax and legal frameworks. He stated that non-profits should “adapt to new realities” and attempt to partner more with corporations.
Galway West TD Eamon O Cuiv (FF) claimed that if responsibility for the voluntary sector and the partnerships is shifted to the local authorities, the taxpayer would end up with a much higher bill.
Maureen O’Sullivan (IND) of Dublin Central meanwhile took issue with the misuse by some organisations of the word “voluntary”, noting how some “executives are on extremely high salaries and have lucrative expense accounts. They are doing a disservice to the real volunteers throughout the country who give so freely of their time.”
She supported a call to allocate €3 million to the community sector from the Criminal Assets Bureau, under the Proceeds of Crime Act. Minister for the Environment, Community and Local Government, Phil Hogan, was meanwhile criticised by Richard Boyd Barrett, the People Before Profit TD, for his non-attendance.
Cork North Central TD Dara Murphy (FG) rejected the claim of disproportionate cuts to the voluntary and community sector claiming that “in fact the reverse [was] the case”, which party colleague Sean Kyne from Galway West agreed with.
Minister of State John Perry (FG) drew attention to the funding of 64 national voluntary organizations announced during the summer. The TD for Sligo-North Leitrim clarified that the Government “does not see philanthropy and fund-raising as a substitute for State funding (but) rather as an untapped potential which can further support the not-for-profit sector.”
Mary Lou McDonald (SF) from Dublin was having none of it, however, saying “We’ve been told that the philanthropists will come and save the day… I understand that Fine Gael has a slash and burn approach to this sector. Small government is what it does and it is pretty much every woman, man and child for themselves unless one is a political adviser to one of the bigwigs, and then it seems that money is not a problem.”
She then championed the work of the community and voluntary sector, describing their work as heroic. “I salute them,” she said, “Their work is patriotic and I salute them all the more because these people are the champions of their communities”.
Labour’s Eric Byrne labeled her and her colleagues hypocrites, however, and pointed out that Sinn Fein and the DUP had reduced the funding for the Northern Ireland Community Relations Council by 70%.
The Sinn Fein motion among other things called on the Government “to ring-fence €50 million per year from the Dormant Accounts Fund for the community and voluntary sector, ring-fence monies seized by the Criminal Assets Bureau (CAB) for community development and community based drug projects and introduce a VAT refund scheme for charities.”
It was rejected by 88 votes to 45. 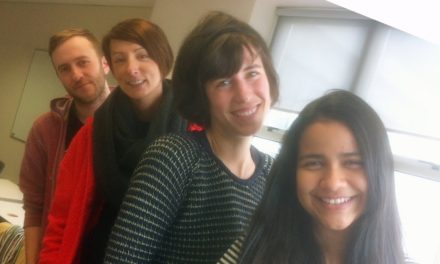 The Community Sector in Ireland – THE VIEW FROM THE STARTING BLOCK

WE DIDN’T ALL CAUSE THIS MESS! WE HAVE OUR PRIDE!