Community-based jobs service may lose out in tendering

Government moves to trial a new job-seekers support service by putting the work out to public tender – inviting in private sector bids – have been criticised by SIPTU and the Irish Local Development Network (ILDN).

In late May, the Department of Social Protection issued a public tender notice for “the provision of employment assistance and advice supports to clients referred by the Department, primarily those who are long term unemployed and in receipt of a social welfare payment but also including some other client groups.”

Initially the new service will cover only Donegal, Leitrim, Sligo, Offaly, Laois, Longford and Westmeath.
The Department of Social Protection says it plans to expand services, and that existing operations could apply under the proposed tender.

“It is hoped and expected that local community and voluntary organisations will respond to the RFT and offer to provide services in their areas of operation,” the Department stated.

Nonetheless, SIPTU warns that about 300 people who provide support and advice to unemployed people could see their own jobs lost. On July 9th, SIPTU members, working in local employment services, held a socially distanced protest outside the Department of Social Protection in Dublin “to highlight their opposition to plans to privatise these essential community services”.
At the protest, the trade union launched a campaign called ‘Our Community is Not for Sale’.

It seeks “an immediate halt to tenders for private companies to bid for state contracts to run programmes to assist people getting back into the workforce”.

Martina Earley, speaking on behalf of the ILDN’s 49 local development companies, said the move “will instantly close Jobs Club” in the trial counties and “later in 2021 will inevitably lead to the closure of vital Local Employment Services (LES) and Jobs Clubs across the remainder of the country.” 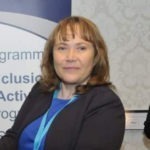 The ILDN continues to favour retaining and expanding the community-rooted, not-for-profit LES that has supported jobseekers especially in disadvantaged areas for 25 years.

When the service was vetted by Indecon in 2018 it became clear that LES costs and achievement rates were ahead of those achieved by private companies under the Department’s Jobpath initiative.
Independent TD Thomas Pringle said the LES cost of finding someone employment cost about €1,200 less money. The service is also tailored and inclusive and the projects are community-based.

Arguing earlier this year for the LES’s retention, the ILDN’s Joe Saunders said, “Cost-per-unit models do not serve jobseekers well. There is no upside in cost, governance or service levels with such a model.” The network had proposed expanding the LES so that it would “be open to all jobseekers.”

Ms Earley said, “It beggars belief that the Department would move to dismantle such important services for those without work at such a critical time.”

“The timing could not be worse as communities face into a post pandemic unemployment crisis.”

“This move will deprive [people] of walk-in, person centred, community-based employment services and all the supports that such services provides. Instead, jobseekers will be faced with a centralised profit-driven, results-based process which will not be accessible to all jobseekers.”

“The ILDN [proposal] would give an efficient, accessible service to jobseekers as well as transparency and value for money for the taxpayer,” she said.

“The Minister and the Department must revisit this decision,” she added.

Others were also vocal. For instance, Dublin South City Partnership tweeted, “We prioritise the needs of our clients, meeting them where they are at in life. New proposals for employment services monetize individuals and disregard those who are most distanced from the labour force.” 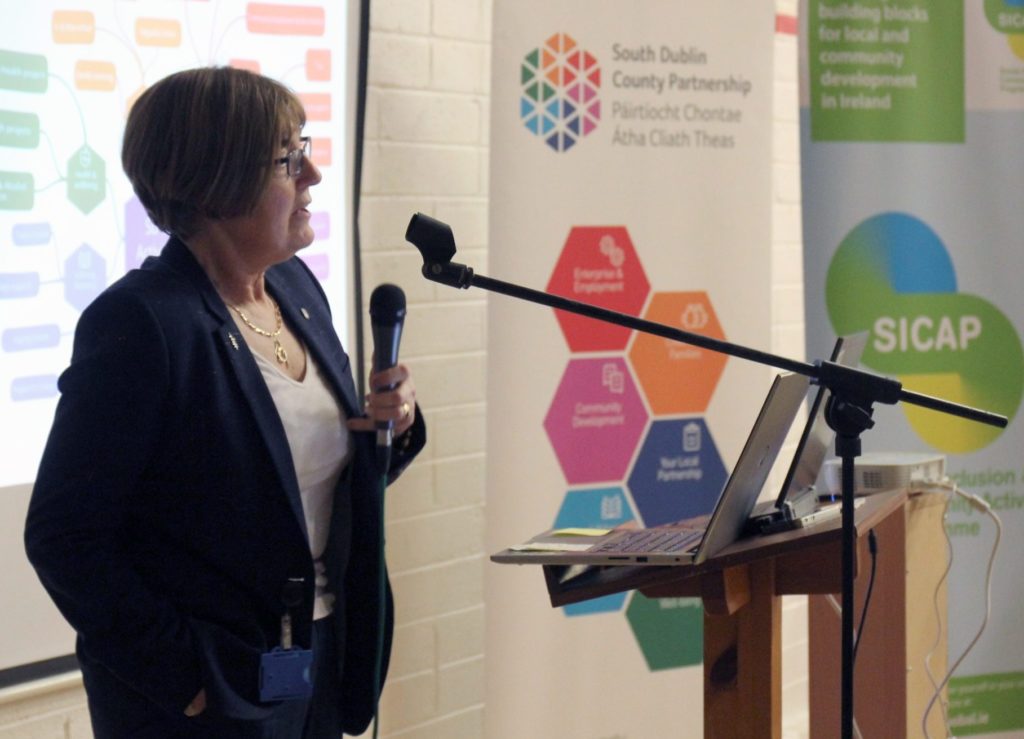 • Marie Price-Bolger, then chairperson of the Irish Local Development Network, speaking in Dublin in 2019.

In 2019, then ILDN chairperson Marie Price-Bolger put it directly to the government of the day that privatisation of these services was anti-community.

“Our sector consistently provides services on behalf of government departments in an efficient, effective and value for money model that cannot be matched by any private sector programme,” she said. “LDCs are all not-for-profit, registered charities that operate to a very high standard. For example (her own) South Dublin County Partnership adheres to EU audit standards.”

“We operate for the benefit of clients. We reinvest every penny in our communities, and not in directors’ fees, as we (volunteer directors) well know,” she said.

What do jobs clubs do? 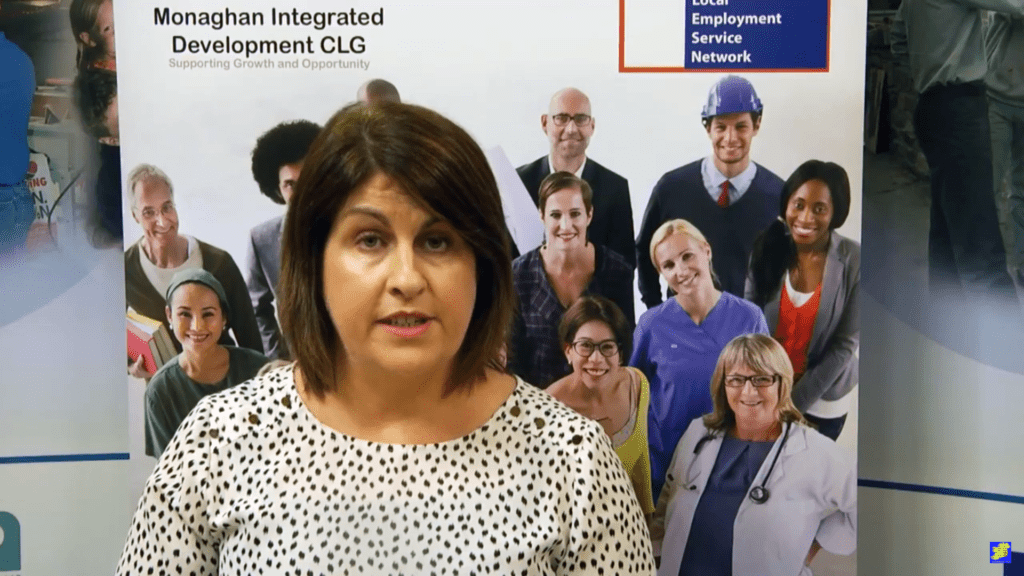 Taking one Jobs Club as an example, here’s how the local development company explains the work:

“The Jobs Club also provides a one-to-one service to assist people on an individual basis, whatever their particular needs are,” it says.