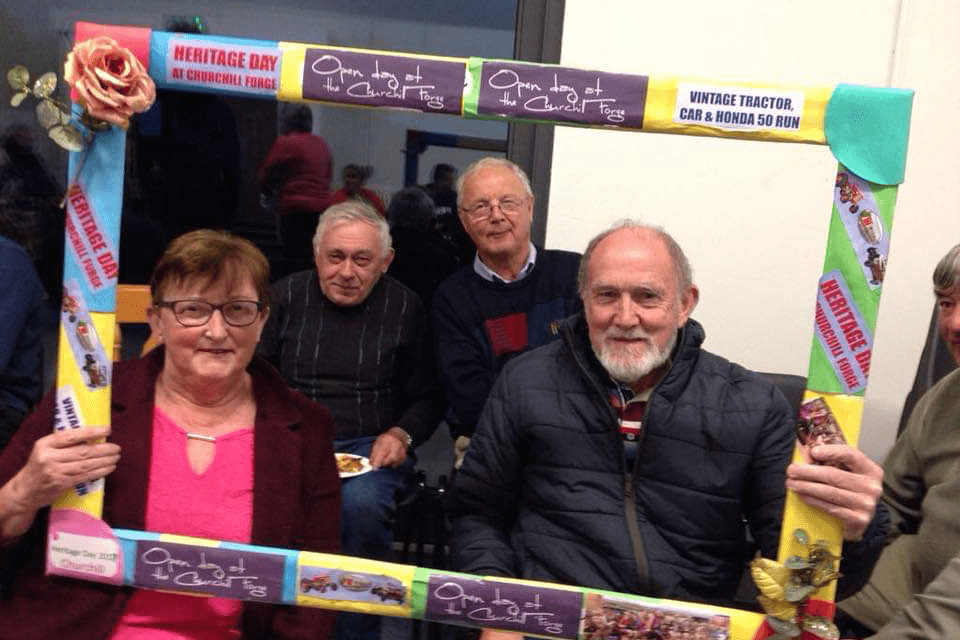 The LEADER Programme provides funding to support community-led rural development. Here we feature one of the thousands of successful projects, to give a flavour of the kind of ideas that win over the funding adjudicators.

Back when horse drawn vehicles ruled the road, every town and village had a forge because once your horse had good shoes, you could travel anywhere. They also repaired ploughs and the metal rims on cartwheels, made gates and so on.
The work of the blacksmith has almost died out now, yet it is a fascinating trade and youngsters in the Spa-Fenit area of north Kerry are among the most educated in the country on the subject. 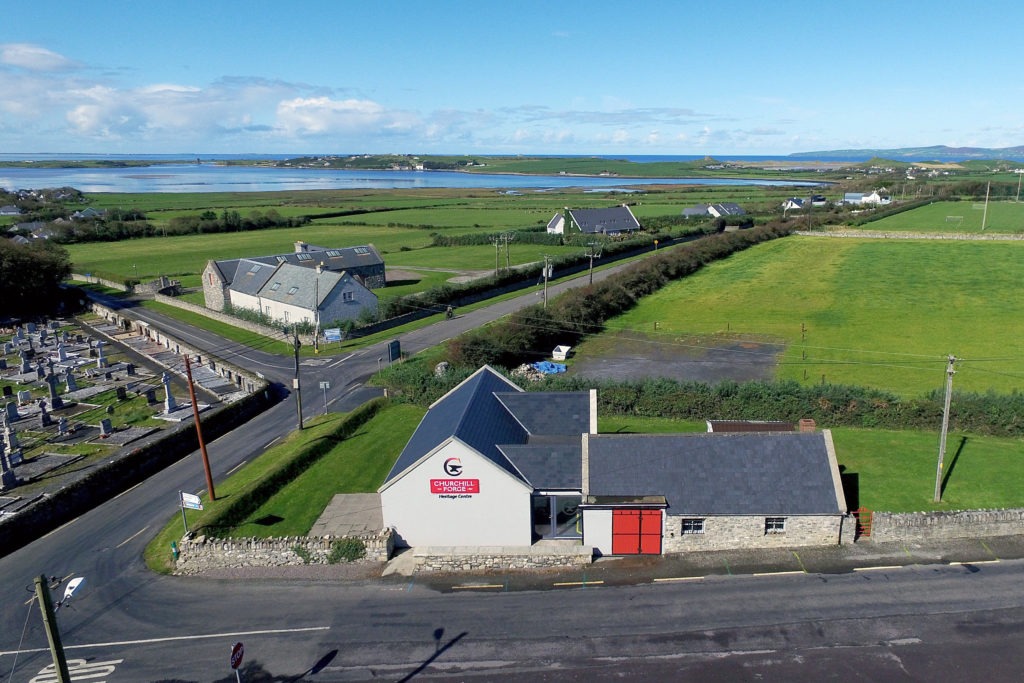 • Churchill Forge from the air.

They have rare first-hand experience and insight to the craft thanks to a LEADER grant, a local benefactor, and local fundraising that saw the reopening of the old forge in Churchill.
“It would be terrible if it was left go into disrepair, because it would have been knocked and a lot of the history attached to the area would have been lost,” says Dermot Crowley, of Spa Fenit Community Council (SFCC). 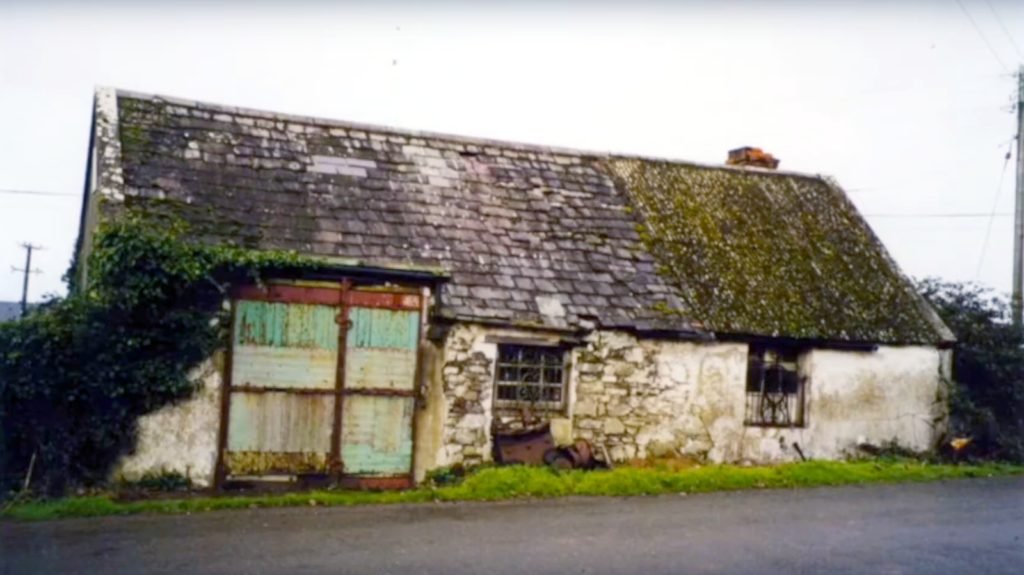 • The forge had fallen into disrepair

Fred Kreidbiel acquired the Forge and gave it, in trust, to the Community Council in 2002 so that it could be restored to its former glory. The Council went further, added more visitor space and over 20 display panels to tell the history of forging in area. They now have a new community asset, a better sense of the area’s heritage and a unique visitor attraction. 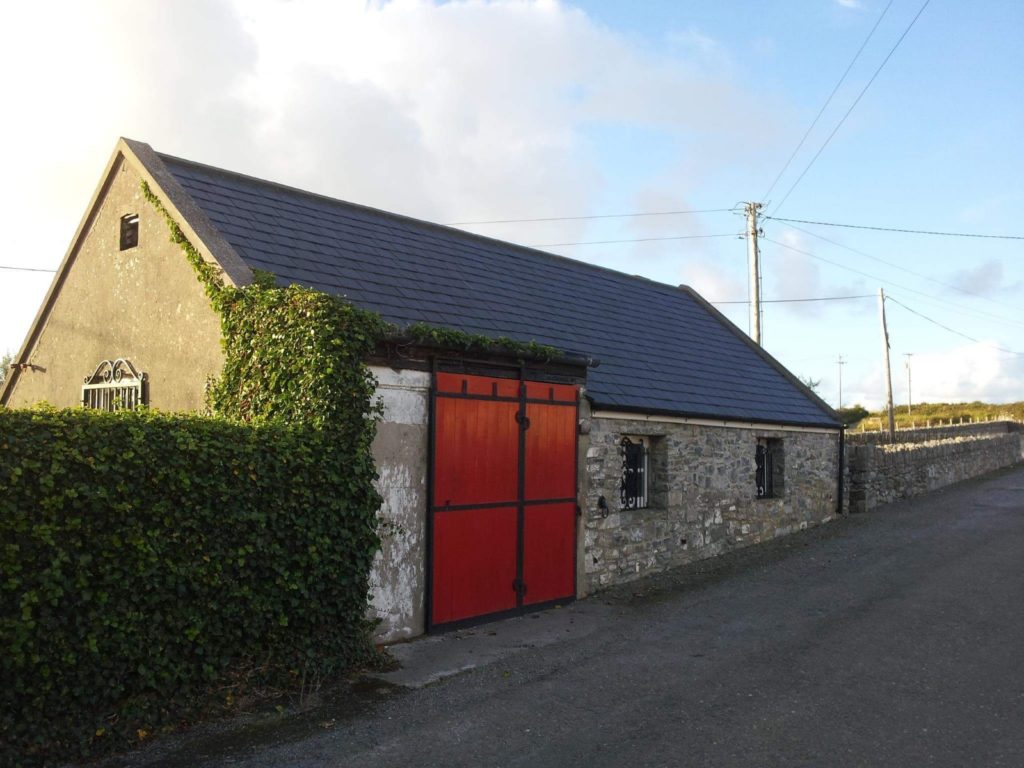 • To restore the Forge and protect and preserve the history of forging in the community of Spa/Fenit.
• To develop the Forge as a community asset and local tourist attraction to benefit the community.

The SFCC was set up in 1985 and first became involved in projects such developing local viewing points and initiating a local 12km greenway connecting Tralee to Fenit.
Once acquired in 2002, the Community Council set about rebuilding and repairing the forge. This initial stage was supported by funding under the previous LEADER Programme.
However, a forge without tools is an empty shell. The SFCC collected tools such as anvil, hammer, bellows, tongs, punches and a furnace to publicly display. Over 2,000 visitors had seen the forge before we were struck by the pandemic. 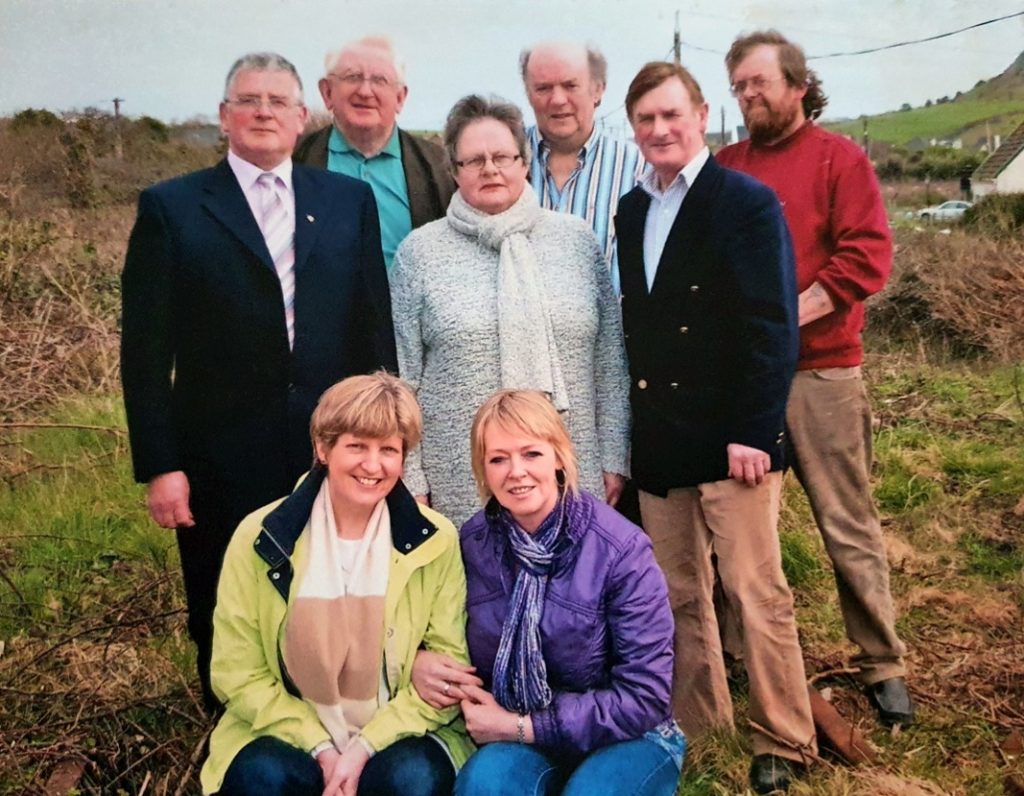 In Ireland, forging is a tradition that goes back thousands of years, and in recent times there has been a re-focus on forging and on preserving it along with other traditional skills.
I had the good fortune of knowing and interviewing the last blacksmith in Westport, Co. Mayo, and he could knock a horseshoe into shape in less than a minute. There is nothing like it when a blacksmith throws coal in the fire, pumps the bellows, and beats hot metal into shape with sparks flying all round you. 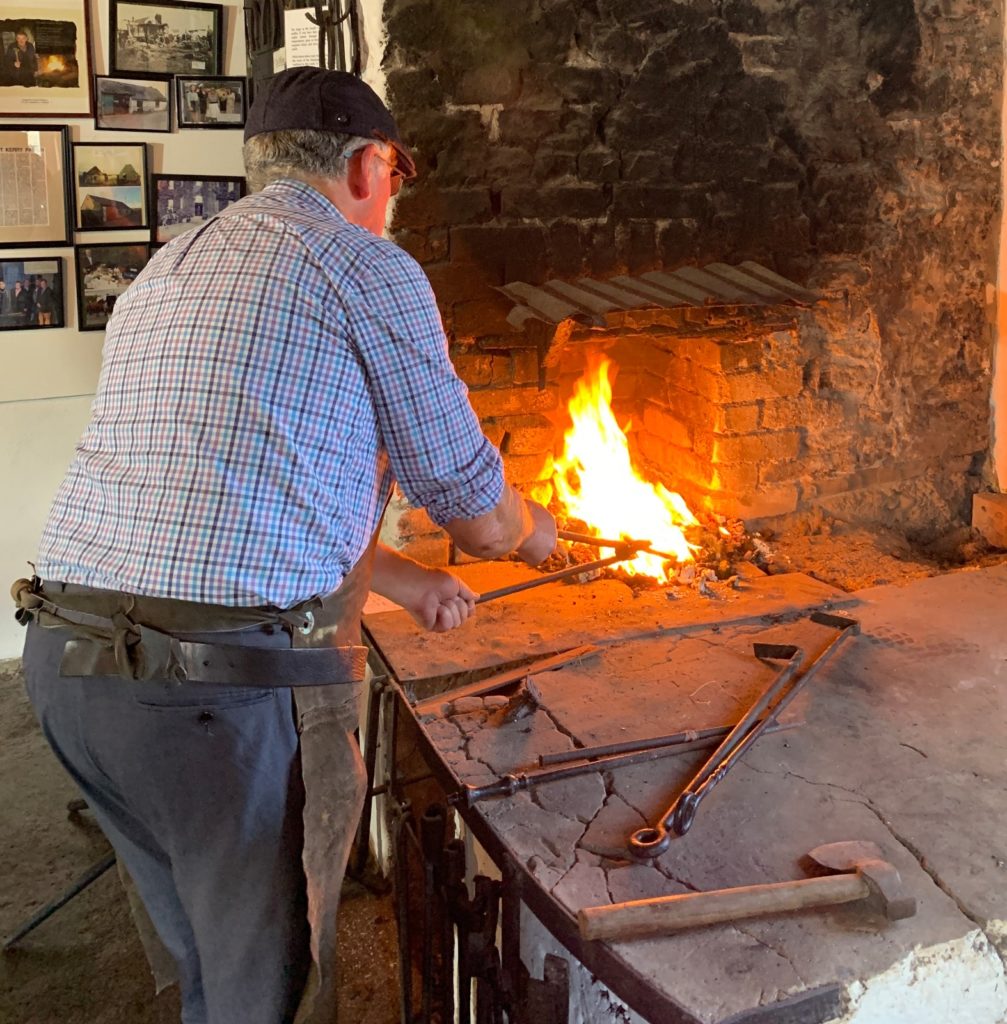 In 2016, the SFCC set on developing it into a bigger attraction and LEADER funding was sought to support:
– building an extension to provide enough space to host events.
– kitting out the space with display panels telling the history of forging in the area and supplementing the display of equipment and tools.
“Sean Linnane was the co-ordinator and he was outstanding. He gave us great advice in applying for the funding and was very supportive,” recalled Dermot, paying tribute to staff from North East West Kerry Development.
“There is no way we could have progressed the project without LEADER support,” he said.

The SFCC availed of a bridging loan from Clann Credo to start works while waiting for the approved LEADER grant to come through, as often this can take a few months.
This brigding service can be particularly useful for capital projects where the granting of planning permission can take time.

In advice to others considering applying for LEADER support, SFCC advise being clear about how the project will benefit your community now and into the future. Also, for projects to be sustainable, you need an active community group and continuity with development organisations.
“You need to get a project that will last the test of time,” says Dermot.

This project has resulted in the preservation of local history and the development of a community amenity.
The multi-use visitor space and the installation of 20 wall panels enabled the Forge to open as a tourist attraction.
With room for 60 more visitors than before, the space has been used to host group visits, trad nights, cultural events, local community events and talks from guest speak-ers on forging and other traditional crafts.
During National Heritage Week the Forge held open days to demonstrate tradi-tional skills and crafts including weaving, bottle making and beekeeping and over 2,000 people have visited the forge (currently closed due to Covid-19 restrictions).
“We are thrilled to have a fabulous public amenity and it will be great for the people who visit the area post COVID,” says Dermot. 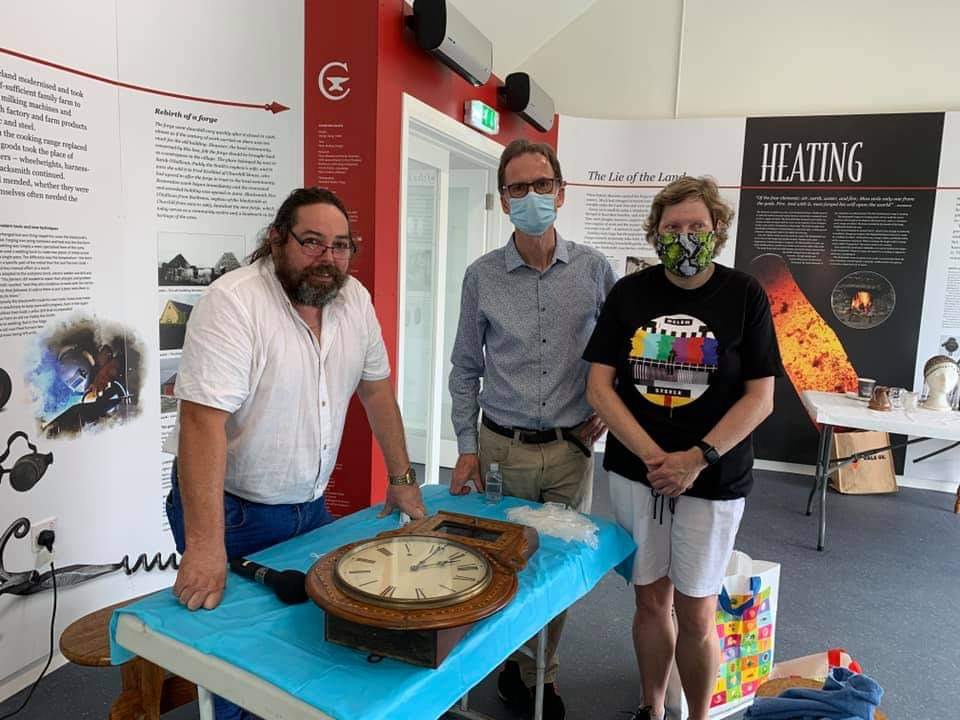 Total LEADER funding awarded to date amounts to €52,422 broken down as follows: €32,921 EAFRD (EU) with €19,501 being the national contribution. Match funding included €85,000 from private/corporate donors and €27,000 from the organisation’s own funds.
The grant was approved under Theme 1: Economic Development, Enterprise Development and Job Creation. The contribution to rural tourism was also a factor in it getting the green light.

The Forge project was one of 33 LEADER-funded projects which took part in the National Rural Network’s LEADER Impact Campaign 2020 (aimed at celebrating the success of the programme in Ireland). It won first prize under Theme 1.

Visit the Forge in Churchill

Maybe in the years to come, LEADER funding will be available to restore old petrol stations, to remind people of the long-gone petrochemical era and noisy, human-controlled, ground-bound mechanical vehicles.
You can see the tourists now zooming in from above on electric- or hydro-powered vehicles to have a gander, maybe stopping and spending some money (or whatever will replace it) in the area.
Old Topaz and Shell signs will be on display and people will be invited to step down into the huge underground tank that stored fuel shipped all the way from Saudi Arabia.
They will marvel at displays of pumps and read about how the world moved on from oil and gas. Then zap off to another country.
Whatever the future holds, however, a forge will always beat a petrol station a hundred times over as a place of interest. Why not drop into Churchill Forge while on staycation and see for yourself!

Clann Credo is a Social Investment Fund that has provided almost €130 million in Community Loan Finance to more than 1,500 projects since 1996, creating and sustaining thousands of jobs and strengthening communities.
It was founded by Sr Magdalen Fogarty and the Presentation Sisters in 1996.
W: https://www.clanncredo.ie 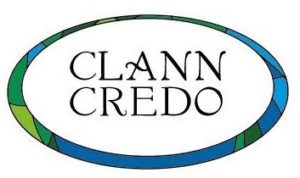 The LEADER Programme provides funding to support community-led rural development. To find out how the funding process works in practice, and get an overview of the main stages and requirements when making an application, visit the National Rural Network:
https://www.nationalruralnetwork.ie 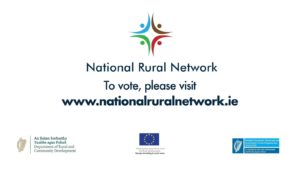 This is part of a series on LEADER. Thanks to staff in the LEADER Policy and Operations Unit at the Department of Rural and Community Development, to the National Rural Network, and to Dr. Maura Farrell, NUIG, for their co-operation. 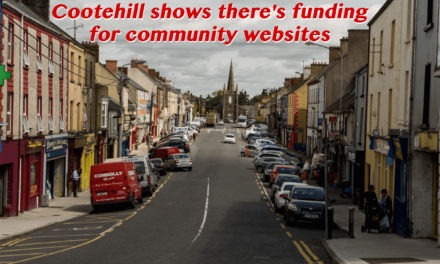 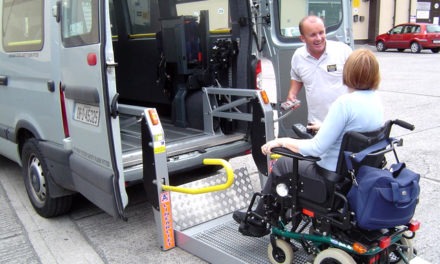