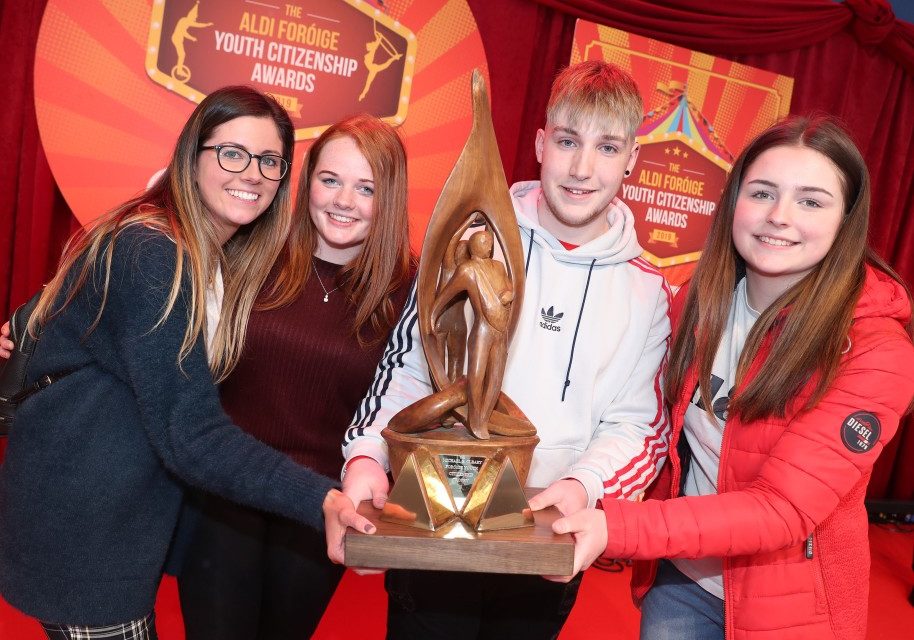 Every year, the Aldi-sponsored Foróige Youth Citizenship Awards take place, giving young people around Ireland the chance to gain recognition and be celebrated for their hard work and commitment in the community. But who claimed the main prize at the most recent competition?

A storytelling project came out tops when the results of this year’s Aldi Foróige Youth Citizenship Awards were announced in April.

A group of young people from Carrick-On-Suir, Co Tipperary, was named overall winner for their monthly newsletter, The Positivity Pages.

The fourth-year students – mentored by counsellor Shana Mansfield, who operates the BeYou counselling service for young people – were motivated after their town was struck by three tragedies.

Things had come to a head late last year and 200 local people met to see what could be done about drug dealing and addiction.

Separately, the BeYou group felt that young people are often surrounded by negativity through the media, in the community, through their own thoughts and online.

They launched their newspaper to highlight the positive achievements of young people and to raise self-esteem, to create a sense of belonging and to build confidence in their peers. Their positivity proved infectious and the publication was incorporated into the local newspaper.

The Positivity Pages is the first-ever non-Foróige group to win a Foróige Citizenship award.

Carrick-on-Suir’s challenges are no different to any other town’s and young people are working hard to come up with the best responses.

Seven projects won gold this year, including Adam Fletcher from Offaly who carried out maintenance work on church ruins, and the Saturday Club in Dublin 15, which raised funds to rescue seals.

This year is the 50th anniversary of the Youth Citizenship Programme, which was first run by Foróige in 1969. More than 14,000 young people took part this year.

Seán Campbell, CEO of Foróige said, “There’s a reason this programme has lasted 50 years: it works. The young people who entered the awards this year invested over 82,000 hours in community action projects and that’s something that we should be really proud of as a country.”

The awards have grown more popular since Foróige teamed up with sponsor Aldi five years ago.

To help celebrate The Positivity Page’s win, Changing Ireland spoke to Shana and Nicole (one of the team members) to find out more:

What does The Positivity Pages do differently from the mainstream media, or from social media sites? 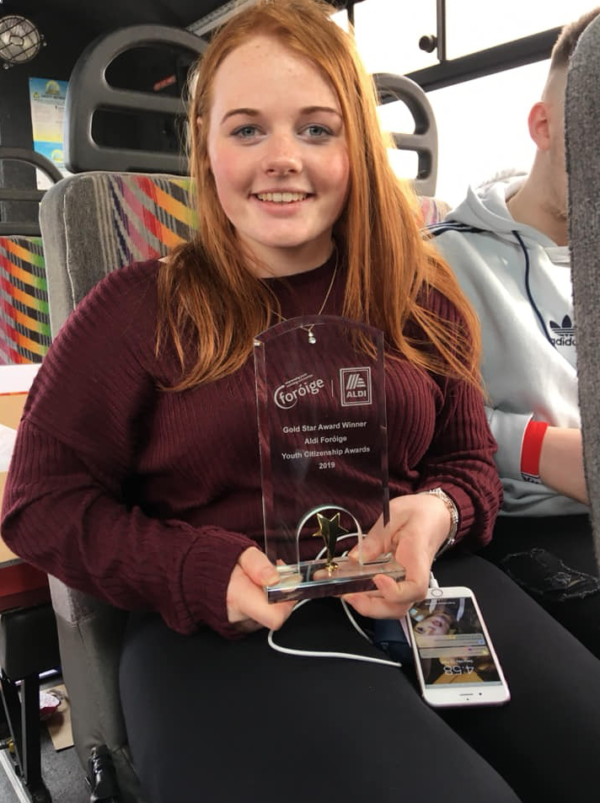 Nicole Vaughan on the bus home to Carrick-On-Suir with a Foróige Gold Star award.

Normal newspapers provide us with news about negative events such as thefts, murders and deaths. Although we understand that the media needs to report on such news, we [choose to] provide the community with good news about great things people have done in the community – it gives us a positive view of Carrick-on-Suir.

We also have a personal touch in that the paper is focused on young people in our town, which gives us a great opportunity to raise awareness and help to support positive and wonderful local young people.

Why is it important for young people to be exposed to positive news?

Our age group can often be labelled in a negative light. Young people need encouragement and to be celebrated for even the smallest positive achievements, as it will encourage them to do more of what they want and love.

How has working on this paper helped the community and the young people involved?

The paper has helped by inspiring young people and by providing a positive outlook on Carrick-on-Suir and its young people.

The paper also provides tips and information about different mental health topics. These are written by Shana, who is a cognitive behavioural therapist working with young people. This section is helpful to any reader!

As a member of the team behind the paper, it has given me [Nicole] a brighter outlook on life and has made me a better person. Being involved in something so great makes me feel really good about myself and my abilities, and being a member is one of the best decisions I have ever made.

What can communities around Ireland learn from The Positivity Pages’ success?

I think there should be a group in each community who does something similar to provide better mental health in each county of Ireland. The success of The Positivity Pages should encourage any young person to reach their full potential. Being involved in such a project is an excellent outlet for creating positive mental health and every community should get to experience it.

Generally, what were the negative things that prompted your youth group to respond so positively?

I [Nicole] can’t speak for everyone in the group, but a huge reason why I – and some other group members – got involved was because of the mental health issues among young people in Carrick-on-Suir.

Our town has experienced a number of youth suicides and, after losing my friend, I decided to get involved in something that could help our community and create positivity for many people, so maybe something like this wouldn’t happen again.

Hopefully the people of Carrick-on-Suir will have a better view on life and will be able to see all the possibilities and the experiences they can endure. And, hopefully, the paper will help people to live a better life. 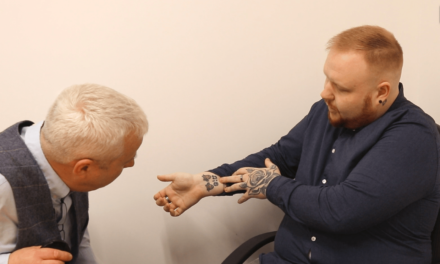 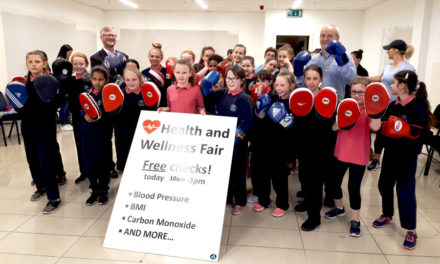