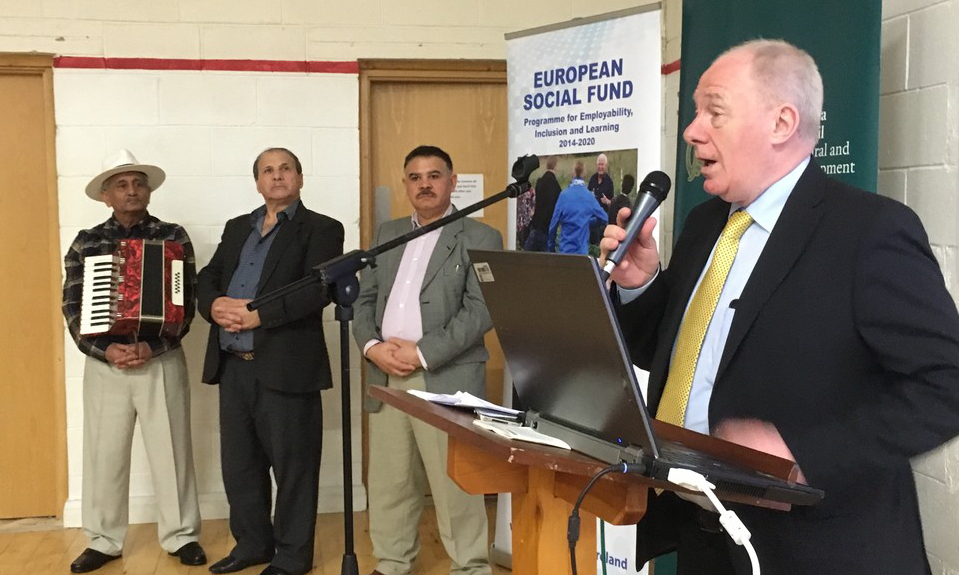 In February, hundreds of volunteers, as well as local authority, government and agency staff, joined community development workers in Fettercairn at an event to showcase the work of South Dublin County Partnership.

Launched by Minister for Rural and Community Development Michael Ring TD, the event highlighted the importance of the new Social Inclusion and Community Activation Programme (SICAP), which is worth €190m to communities over five years and which has helped 7,649 community groups and 143,114 individuals to date [as of publication in Issue 64, May 2019]. The programme will run until 2022. 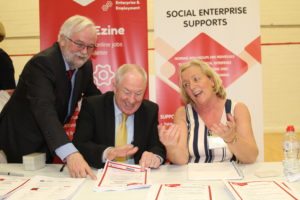 Remarking on the figures – which have exceeded targets – the minister said: “It’s a credit to everyone involved and we’re building on solid foundations.”

“I can see how you are all enthused by the work you do. I’m looking at what this programme does and everything I see I’m very happy with,” he said.

He urged workers to “continue the good work”. 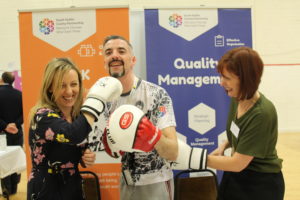 “I will be fighting your cause. We won’t win every fight…but I’ll be there to make sure that these schemes and these programmes…must be left there.”

The minister made a point, as he often does, of thanking volunteers nationwide who work in communities. 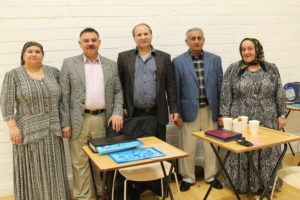 Giving examples of people he personally knew, he hailed the power of schemes to change lives, and believes his department should be strengthened.

“My department is Rural and Community Development and the most important part of that is community. Sometimes we forget about communities,” he said.

Welcoming representatives to the event from other government departments providing support to communities – Employment Affairs and Social Protection, Education and Skills, and Justice and Equality – he said his department should be expanded. 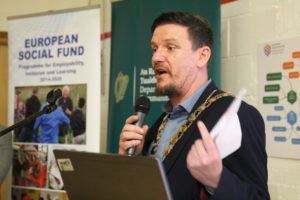 “We should be looking around at many other departments – health, social protection and [others] that should be in [my department]. We should have overall responsibility in relation to community. I know that’s being looked at. I’m looking at a few areas myself where I can bring in schemes and we’ll be doing that over the next number of months.”

“I hope, whatever government comes in after the next election, that this Department will be left and, not alone that it be left, but that it be strengthened.”

“The only problem is that I don’t have more funding,” said Minister Ring, determined to see that change. 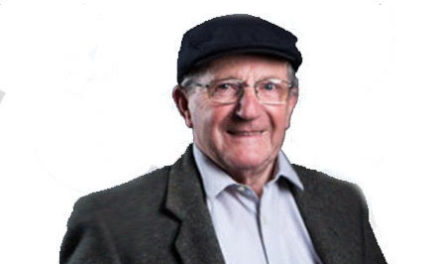 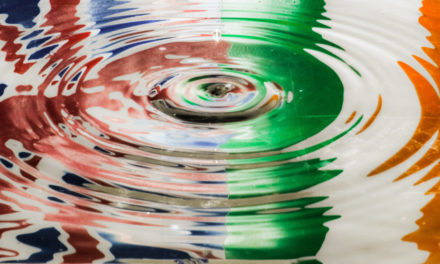