Interviews by Robert McNamara
Keith Walsh and Michael Egan from Clara both did the 16 month programme and are continuing on with further education and community involvement. Community workers first approached Keith and Michael about the programme and now they are themselves recommending it to people they meet.
Keith Walsh (27)
What got you involved?
I wanted to do a course.
How have you benefited from the programme?
I got my FETAC Level 3 & 4, which is something I wouldn’t have done.
It was a great help on the computers and I’m now designing posters for the Men’s Shed.
I’ve also taken on a new role with Tús.
What were your favourite parts?
The social aspect and the benefit of the education were the best parts. We went on trips to Moate Business College, the FAS Training Centre and the Men’s Shed in Galway, places I wouldn’t normally get to see. It was good for team-building. Now I’ve got used to getting involved in things.
Michael Egan aged 37
What got you involved?
I attended the course after I was outreached by Karen McDonagh (youth worker) and Catherine Power (development worker) and they asked me to join the course.
How have you benefited from the programme?
It helped me a lot with maths and I picked up a lot of skills on Microsoft Word. It’s opened up doors for me to go onto the next level, which is Level 5 college. I will do level 5. I’m ready for the next step and with more confidence.
I’m confident to get going again. I’d got into a rut at home.
What were your favourite parts?
Drama was interesting – I was nervous at the beginning but I was surprised how good it was and it built up my confidence.
I’ve recommended the course to other people and the Family Resource Centre is local, a place where young and old can go.
210 WORDS
In Brief: Offaly’s ‘Way Forward Project’
•            Many of the participants in ‘The Way Forward Project’ had not found work during the ‘boom’ and were finding it even more difficult now.
•            People who completed the programme told ‘Changing Ireland’ they were attracted to it because transport wasn’t an issue. It was held in their town/area.
•            Led by Offaly Local Development Company, the project was set up in September 2010 and lasted until December 2011.
•            Offaly LDC made the connections with local people through the strong bonds of trust built up by community workers in Family Resource Centres and Community Development Projects. This was one of the Programme strengths.
•            Four programmes were developed namely: Foundations for Change in Birr, the Career Skills Programme in Clara, the Career Development Programme in Tullamore, and the Men’s Project in Edenderry.
•            Funding came from the Department of Social Protection, Offaly LDC and the VEC. Many of the key players were on the Social Inclusion Measures committee and this became the steering group for the project.
•            For community development workers and students interested to learn more, check ‘Changing Ireland’s news blog where we’ve posted a link to a more detailed PDF presentation on what made the programme work and the challenges that it sought to overcome. 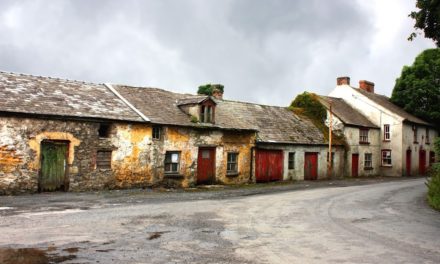