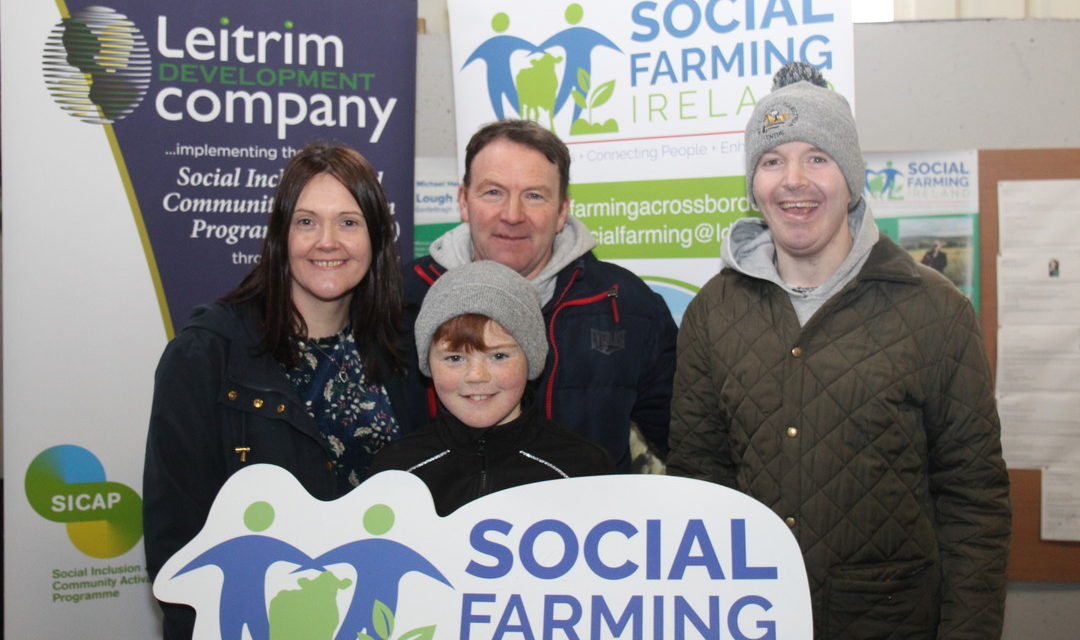 As the concept of social farming gains traction around the country, Changing Ireland takes a look at the overall picture.

Martin Hannigan, a social farming participant, is on placement on Corina and Patrick Corrigan’s farm near Carrickmacross, Co Monaghan. It’s clear from talking to him and the Corrigans that they’ve bonded for life.

That doesn’t happen every time, but you’d be surprised how often deep connections are forged in social farming.

The practice has spread to 22 counties in the Republic, and more than 3,000 people will participate in social farming this year. It is also gaining popularity in Northern Ireland.

Though farming families have traditionally been known for their hospitality to strangers – certainly in the days before litigation and modernisation – the idea of social farming as such is new to Ireland.

Open days are regularly held to showcase the concept and the first open day of 2019 was held in January in near-freezing temperatures. The weather put nobody off and 103 people descended on the Corrigan farm to learn more. 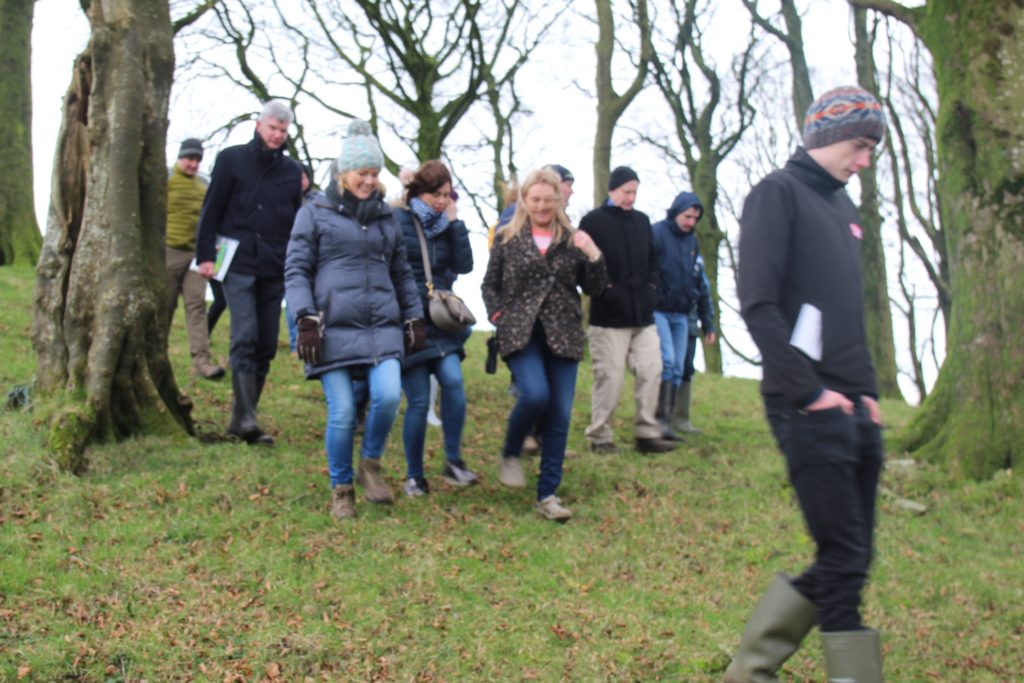 Showcase attendees on a tour of the Corrigan farm. Photo: Changing Ireland.

In Corrigans’ barn, Aisling Moroney, policy worker with Social Farming Ireland, put it all in context for us as we sat on bales of hay, drank tea and listened attentively.

“Social farming is a relatively new concept based on ancient concepts such as togetherness, belonging and community,” she said. 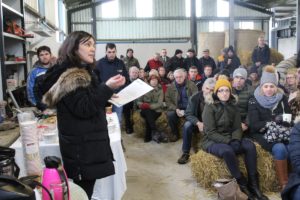 I met a number of participants and, while Martin was shy about being interviewed, he nodded in agreement when Patrick said, “Martin gets a great sense of achievement here”.

“We ourselves got great benefits from it too. Round here, I’m always flying around. If you are doing social farming, you need to slow down and take your time.”

Brian Smyth from Leitrim Integrated Development Company agrees that busy farmers can do social farming too:

“Take people for who they are and do the simple, ordinary things you do on a farm with them and support that person. Corina and Patrick have shown that, even on a busy commercial dairy farm, it is possible to make space for inclusion.”

They said it wouldn’t work

“The non-believers told us we wouldn’t get farmers. They said it was far too risky; that people will never come out for social farming. They said, ‘You’ll never get insurance for this’. We’ve overcome all those hurdles,” said Aisling.

“Through SICAP, we track, monitor and review social farming to make the experience more positive for everybody, and our latest research report tells the story of social farming and SICAP.”

Community workers with local development companies (LDCs) engage with farmers and participants directly and Aisling described as “invaluable” the local connections and knowledge embedded in these organisations.

“Without people on the ground making this happen, social farming would be happening in a more ad-hoc, risky environment,” she said.

Getting to know the participants

Jeanette Leyden, a development worker with Leitrim Integrated Development Company, gets her best work done when she puts on her wellies and heads out to farms to meet clients.

“I got to know my clients far better on the farm than in my office. People may have had a very poor experience of the education system and, when they come into my office, it’s formal and daunting. When I meet individuals on a farm, they’re much more relaxed. We tend to talk while doing farm activities,” she said. 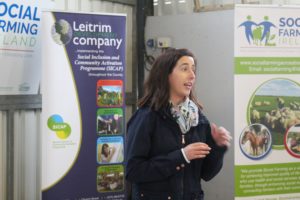 “Social farming has proved hugely beneficial. Like the SICAP programme, social farming is person-centred, based on the individual’s needs and interests. And all credit to the farmers – they really delve into the participants’ interests.

“My role in lifelong learning is working with individuals and getting them into employment or training. I have learned that people may face a range of barriers … and accreditation isn’t for everyone,” said Jeanette.

“We have worked with 45 different organisations and that’s something we’re proud of.

“In 2017, we were active in 11 counties; we’re now active in 22 counties. And we have farmers trained in 25 of the 26 counties in the Republic. Longford is the only county left. We hope to overcome that this year.

“These figures were compiled in October and we have moved on since then,” she said.

(And the figures have gone up again, no doubt).

Frank Murtagh, CEO of Westmeath Community Development, said they were first impressed when a client came to them with “very positive feedback” from social farming.

Shortly after, in late 2017, Cathy Duffy from the HSE made contact.

“She had a group of people she said she would love to do social farming with,” said Frank. “So, I linked her in with our SICAP employment co-ordinator.”

After that, a representative from Social Farming Ireland visited and spoke with the staff.

“We have since developed a programme that is more than just social farming,” said Frank.

“We put together a four-week training programme on personal development [and] safety on the farm, and we helped the participants with their CVs.” 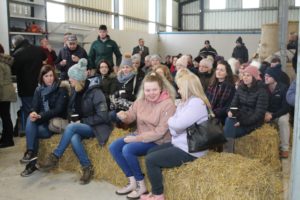 Some of those gathered in the Corrigans’ barn to learn more about social farming. Photo: Changing Ireland.

This was supported by SICAP, and the pioneering work is documented in the ‘Social Farming and the Social Inclusion and Community Activation Programme’ report.

“SICAP allows for flexibility, so we could fund the individual clients. All the participants were placed on two farms in Co Westmeath.

“They finished up with a day back in our office after they’d done their training and their placements. It was a very enjoyable day for us.

“For 2019, we’re expecting to run two to three more programmes, in relation to people with disabilities and refugees.

“We see great potential in it. We see it as something that key SICAP target groups can engage with and it’s something I hope we can play an active role in over the coming years,” Frank said.

While popular in mainland Europe, social farming has only begun to take off in Ireland in the past decade.

Department of Rural and Community Development officials see the benefits for everyone involved in social farming and want to do more to support the initiative.

Paul Geraghty is the principal officer for the Social Inclusion and Communities Unit in the Department of Rural and Community Development. He and colleague Lisa Keveney were guests at the open day at the Corrigans’ farm.

“We see the benefits to the participants [and] to the farmers, and what it means to people,” said Mr Geraghty. He welcomed the abovementioned report by the team in Social Farming Ireland.

“The report is going to help us figure out how SICAP can work with social farming into the future. It has great case studies and is hugely interesting,” he said. 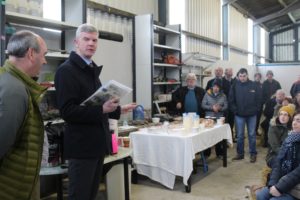 “We’re very proud as a department to be associated – through SICAP – with this. SICAP goes a bit of the way towards enabling social farming across the country. We’d like to see it doing more, because it is a tremendous initiative,” he said.

He congratulated everyone involved and commended LDCs for “being imaginative and innovative in challenging funding situations, still making it work and pushing it out. It’s getting purchase everywhere with farmers [and] participants, and there’s now a range of government departments involved.”

Finally, Mr Geraghty appealed to social farmers: “I’d encourage any farmer involved to talk to their neighbours and sell the benefits of this to them. It’s clear it works really well,” he said. 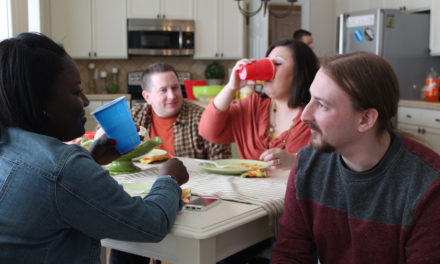 The Big Hello: How can you get to know the neighbours? 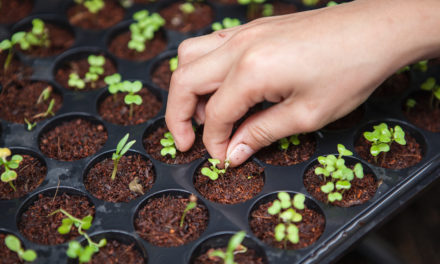 Social farming: A closer look at the growing initiative 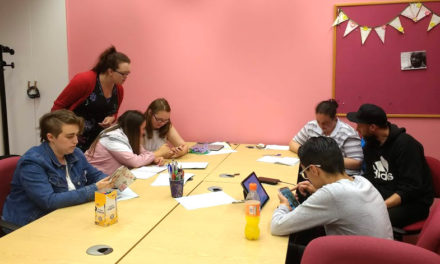 No job? No problem: A Terenure crash course in entrepreneurship Highlight your ideas for rural Ireland on Tues, Nov 15