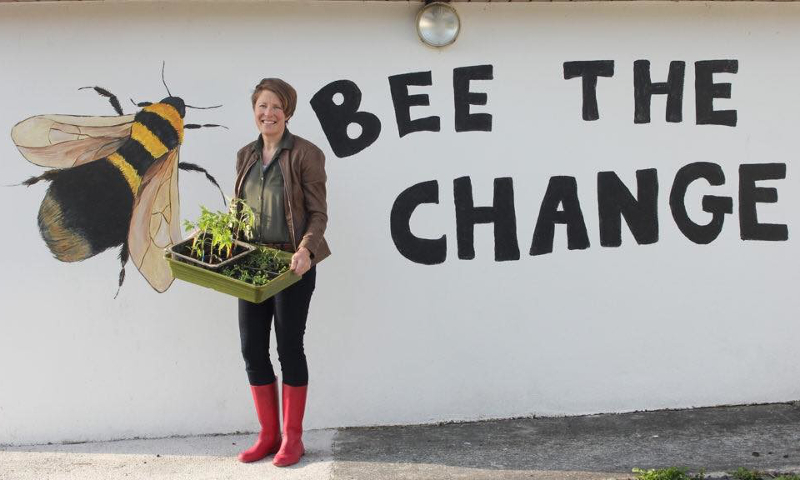 On the UN’s Sustainable Gastronomy Day (18 June) and one day after the Irish government released its Climate Action Plan, we revisit a story from late last year that examines Ireland’s over-reliance on imported food and the carbon impact of those imports.

“Do you know only 1% of Irish farmers grow vegetables?” Lisa Fingleton asked me in Kerry the other day. I was down to see her farm.

“It’s the lowest in the EU,” she added. The data comes from Eurostat.

I didn’t know. I have a cousin who’s a farmer and I live in a rural area surrounded by farms, but I was ignorant, I had to confess.

Lisa is big on community resilience and growing our own food. She wants communities to test their resilience.

One day, about three years ago, Lisa had a profound ‘moment’. She stopped at a petrol station and bought a BLT sandwich. She was eating on the run, as busy folk do.

This time, for some reason, she turned to the ingredients and found there were over 40 listed, and they were from all over the world. There was much more than simply bacon, lettuce and tomato in this BLT.

She began to picture in her mind the journeys all the ingredients made to end up in a sambo on a shelf in a petrol station in Kerry.

“It felt like this sandwich connected me to so many places, people, plants and animals from all over the planet. I started to think about the energy needed to bring this sandwich to me; all the electricity, fuel and water,” she said.

She pictured the waste. Lisa had been to Borneo and witnessed the destruction of the rainforest for palm oil plantations first-hand.

Today, Lisa credits the BLT sandwich for pushing her to make a film, hold an exhibition and, most recently (in November 2018) publish a book. Now, she is reaching out to communities to encourage them to wise up, and warning the government that we are overly dependent on imports.

The system as it stands favours sales over sustainability

“I learned a lot from that BLT,” said Lisa. “It really made me question if there is really any such thing as ‘cheap food’. Someone somewhere is paying the price in terms of poor conditions for workers, crowded conditions for battery hens, or health implications for the consumers of processed foods.”

[In fact, since this article was originally published in December 2018, there has been an outbreak of listeriosis (a flu-like illness caused by exposure to the listeria bacterium) in UK hospitals, leading to five deaths and four sick patients at time of writing. The outbreak has been linked to pre-packaged sandwiches and salads eaten by patients. Perhaps not the health implications to which Lisa was referring, but not unrelated. – Ed.]

“I am concerned about the fact that we are importing so much of our food and losing the capacity to be self-sufficient, despite what we know about climate change and carbon footprints,” she said.

[In response to the release of the government’s Climate Action Plan yesterday (17 June), Lisa was vocal on Twitter and Facebook about its shortcomings. The plan, she said, mentioned organic farming just once and vegetables not at all. “I guess we are meant to eat meat, chemicals and plastic,” she commented. – Ed.]

Years ago, imported food was a luxury; an occasional indulgence. Once a year, you might get to eat an orange. Today, we have year-round strawberries thanks to global inequality and a total disregard for the environment as Tesco, Dunnes, etc, fly in fruit for the rich Irish.

Thanks to Lisa, we know now there is another way. But could you or your community group live only on food grown locally for an entire month?

Lisa began the 30-Day Local Food Challenge by planning it out and doing it herself, and now others have joined in.

“We eat only ingredients grown on the island of Ireland,” she said. “That means doing without imported goods such as sugar, bananas, chocolate and other luxuries to which we have become accustomed.

But why the book?

“Groups around the country started inviting me to give talks and workshops on eating local food. It wasn’t possible to meet everyone, so I wrote a book,” she said.

What’s it about? Marketed as “an inspiring book about the power of eating local food,” it’s also an honest look at the discomfort of trying to live only on fresh locally produced food.

What’s to like about it? It’s colourful, full of photos and is an easy read. It’s somewhere between a booklet and a book – as much a pictorial account as a textbook. It makes important points on subjects many of us don’t like to think about. It’s a wake-up call for Ireland.

About the author: Lisa is a filmmaker, artist, farmer, development worker and musician. She lives in Kerry, but originally hails from Laois. 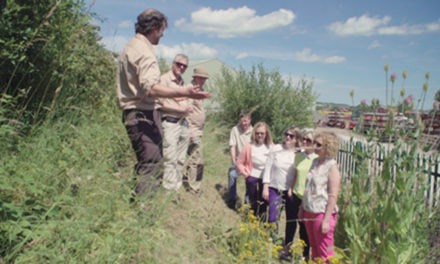 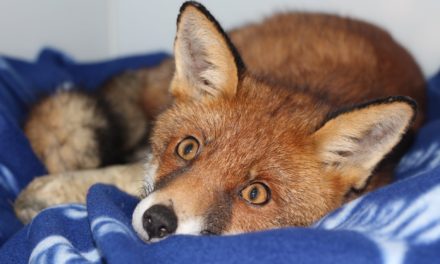 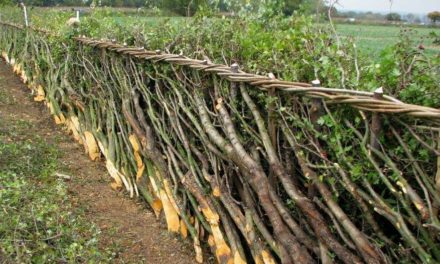