We’re all in this together! NOT 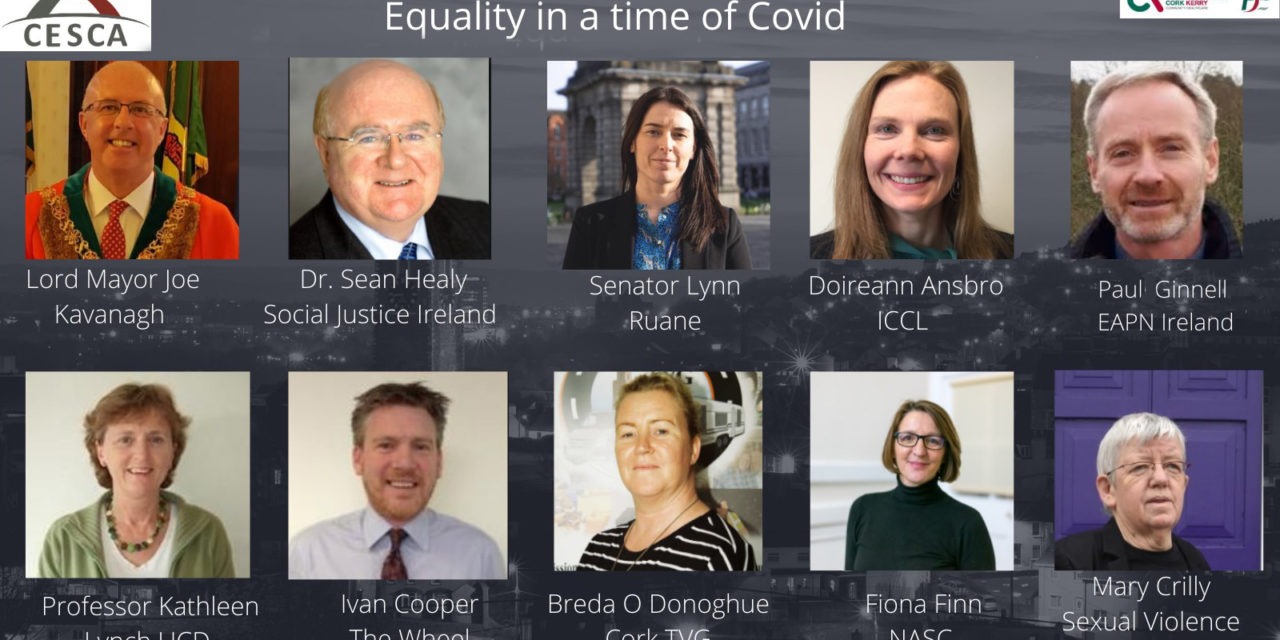 Speakers at a recent human rights event in Cork showed they are wiser now to the inequalities from our response to Covid-19 and we’re not all in this together, not when you look at the life-chances during this pandemic of migrants, care home residents, Travellers, and others. As one speaker put it, capitalism is dictating our morality. BETH ARDILL REPORTS: 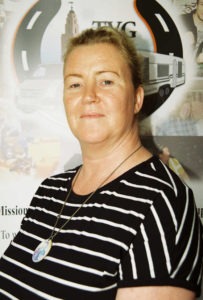 The core of CTVG’s work is outreach which typically involves heading out to sites and visiting families in their homes. While the staff are seen as essential workers during the pandemic, they had to turn to giving online support, helping families over Zoom and by phone.

She said anti-traveller racism continues during the pandemic.

However, as Breda said, “The single biggest difficulty is around accommodation”. Covid-19 has highlighted the housing crisis amongst Travellers where the fear of being evicted is of huge concern. She said, “Covid-19 really highlighted the deepest, most desperate situations that Travellers are in.”

Some sites have very limited facilities and services such as running water, one toilet, and one shower: “How can you ask them to social distance?”

She said that trying to keep children away from their grandparents proved difficult for the Travelling community. Also, trying to get children to understand that they cannot mix with other households was a big challenge. Not being able to attend religious ceremonies was also hard.

It has also been stressful for CTVG as a team “going out and asking families to socially distance and stay apart and stay safe when they didn’t have the facilities like (proper) water or sanitation.”

Breda would love to see the systemic racism to come to an end. 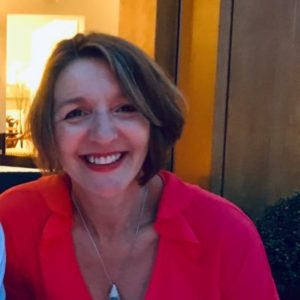 Fiona Finn, CEO of NASC (the Irish for “link”), an organisation set up to empower migrants and refugees, said that Covid-19 exposed the cracks in direct provision. There was no way for asylum seekers to socially distance – three families could be living in one room and sharing facilities such as bathrooms.

Also, there were people who lost their jobs and could not access the Covid-19 pandemic payment for months.

She told of a breakout in one centre that led to a full lockdown for four weeks and was extremely difficult for the families involved as they had young kids.

She pointed to a report compiled by the Irish Refugee Council about people living in direct provision during the pandemic: 55% of residents felt unsafe, 50% were unable to socially distance and 42% shared a bathroom with a non-family member. In Cork, Fiona acknowledged that only for the work of the local HSE social inclusion unit the outcomes would have been an awful lot worse. She wants to see an end to direct provision. 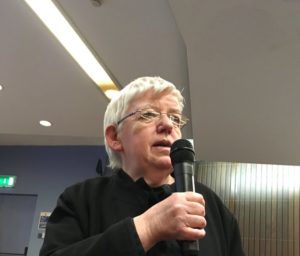 Mary Crilly, CEO of Cork Sexual Violence Centre described domestic violence as “a hidden epidemic within this pandemic”. However, the issue is being highlighted. She commended the Gardai and others for raising awareness and believes this may hopefully have saved lives.

For the first three months of the pandemic Ms. Crilly and her team stayed in the office and went through people on waiting lists and worked with their clients that came in weekly.

Ms. Crilly has encountered a genuine belief people have which goes along the lines of – “You can’t be that busy now because pubs aren’t open, and girls aren’t out getting drunk and this means that there must be no rapes.”

Rapes and sexual assaults are still happening. Most assaults that were reported in the early months of the pandemic were in student accommodation, with people living together, where the woman who was raped was trapped and had nowhere to go.

Ms. Crilly said she had “contact from over 50 people between March and June who had been raped, who had been sexually assaulted”. Ms. Crilly does not want to go back to the old normal. She wants a new normal. Her goal – to end victim blaming and the normalising of sexual assault.

She asked, “What would it look like to have a healthy, a safe city, a city for everyone, a city of sanctuary and a city where no one is left out?” 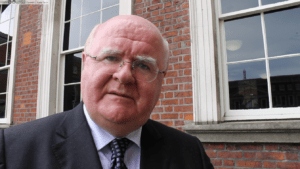 Sociologist Fr. Sean Healy, CEO of Social Justice Ireland, was appointed some years ago by then community and local government minister Phil Hogan to lead a group to develop a model for participative democracy. The result is today’s network of Public Participation Networks (PPNs).

He said, “You need to involve people, all people, in decisions that affect them or impact on them in any way. They might have very different views about what is required in the economy, or services, or taxation – and they need to have those views circulated as well.”

He emphasised that we are not going to be able to build a social dialogue in the next few years – it takes at least 10-20 years; we have to do it one piece at a time.

Fr. Healy spoke about how, during the pandemic, he could see a “widening gap between the poor and the better off”. He believes that Covid-19 has shown to an awful lot of people that we need to think more deeply about the type of society we want to build and that “if we are to have a thriving economy, we need decent services and infrastructure”. 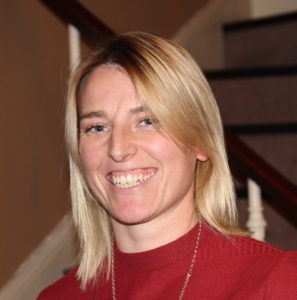 Senator Lynn Ruane spoke of the Seanad’s Civil Engagement Group. Set up in 2016, it is an alliance for senators with a background in non-governmental or civic engagement organisations. All members were once activists.

She said she brought her principles of community development into politics and believes that participation is needed everywhere in life. Equally, it is important to give people space and time – someone you thought would be in and out of prison is now doing policy development and in college.

She wants to make sure people have a say in decision-making, especially at local level. People are not outputs, she added.

She had concerns that the push for good governance in the community and voluntary sector had removed the human element and was impeding community work at a local level. 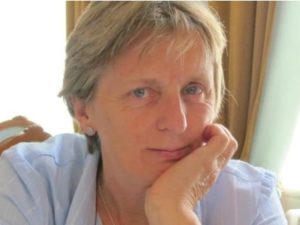 She explained to everyone on the webinar that we all have some insecurity in our lives, but for many people in our society they do not have any security and that is a huge injustice.

She said there was a serious issue with participative democracy in this country – minority groups are affected because it takes resources to participate in politics. For instance, because we do not see the work of carers, they are invisible.

Prof. Lynch sees our nursing homes as “the new Magdalenes”, because the people in them cannot speak, relatives cannot visit, they have no voice, and they are being sidelined, especially those with dementia because they have no way to publicly communicate.

She pointed to statistics showing how 56% of those who died during the pandemic (up to December) were in nursing homes. She said it was “outrageous” that we can’t organise for people in nursing homes to have visitors.

“It is cruel and is absolutely abusive to their basic rights of association, to intimacy and to have the reassurance that comes from those who look after them,” she said. 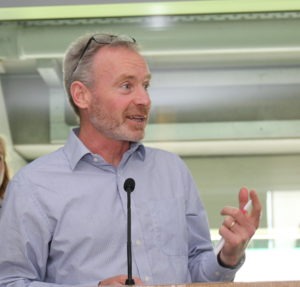 Paul Ginnell, director of the European Anti-Poverty Network Ireland, said there was already material deprivation in 2019, that people were already struggling prior to Covid-19. People were depending on food banks and groups in society were being left behind.

He said people on social welfare supports have incomes below the poverty line and that €203 per week is not adequate for people to live a decent life. The €350 pandemic payment made more people realise this, he said.

He agreed with Mary Crilly that we cannot go back to the old normal. He said we cannot just focus on the economy and then deal with other issues. We must look at what society we want and that it must be a rights-based society, one that puts communities and equality first, he said. We have under-invested in our public services and the private provision of public services needs to be tackled. 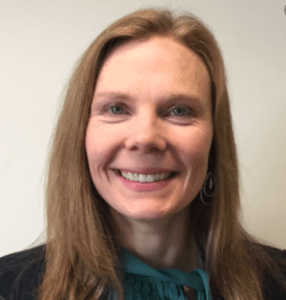 Doireann Ansbro, research and policy officer with the Irish Council for Civil Liberties, highlighted how the emergency legislation enacted to manage the public health concerns of the pandemic ran the risk of suspending other core human rights.

She deplored the poor decision-making on some issues, e.g. nursing homes. She was convinced that the Government was focusing too much on life for middle class families with big gardens,

“What about people who do not have that?” she asked. 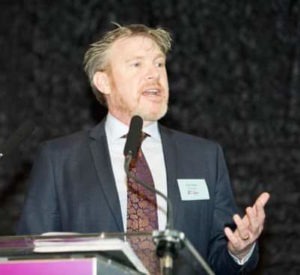 Ivan Cooper, policy director with The Wheel, said the community and voluntary sector has a huge role to play. Organisations who depend on fundraising have been hit hard during the pandemic. Mr. Cooper said there was a need to do more research on Covid-19’s impact on the sector.

CESCA’s annual equality event, every December, is one of its contributions to Cork City’s Local Economic and Community Plan.

Watch the full webinar on CESCA’s Facebook page, via this link: 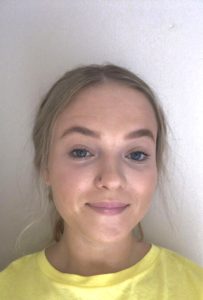 Beth Ardill is a third year degree student in Community Development at the Limerick Institute of Technology. She was on placement with ‘Changing Ireland’ from September to December 2020. 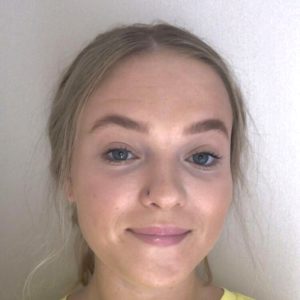 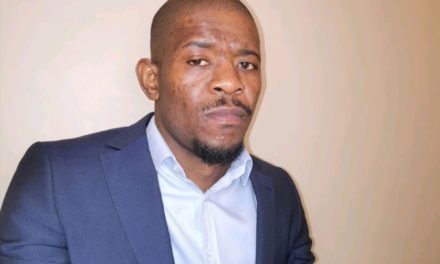 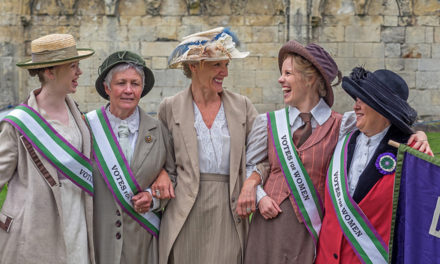