SIPTU, the INMO, Fórsa and the Irish Congress of Trade Unions are seeking a pay rise for thousands of workers employed in the voluntary and community sector. “We’re putting in a pay claim of 3%,” said a SIPTU official.

Unions are also seeking to establish a collective bargaining forum for the sector where pay, terms and funding can be properly established.

The unions say the pay claim, set at 3%, would bring tens of thousands of workers in the community and voluntary sector in line with pay patterns across all sectors (including the pay provisions contained in the public service agreement, Building Momentum).

The unions launched a joint campaign on November 9th called ‘Valuing Care/Recognising Work’. It aims to find “a fair way forward” for workers in the community and voluntary sector. 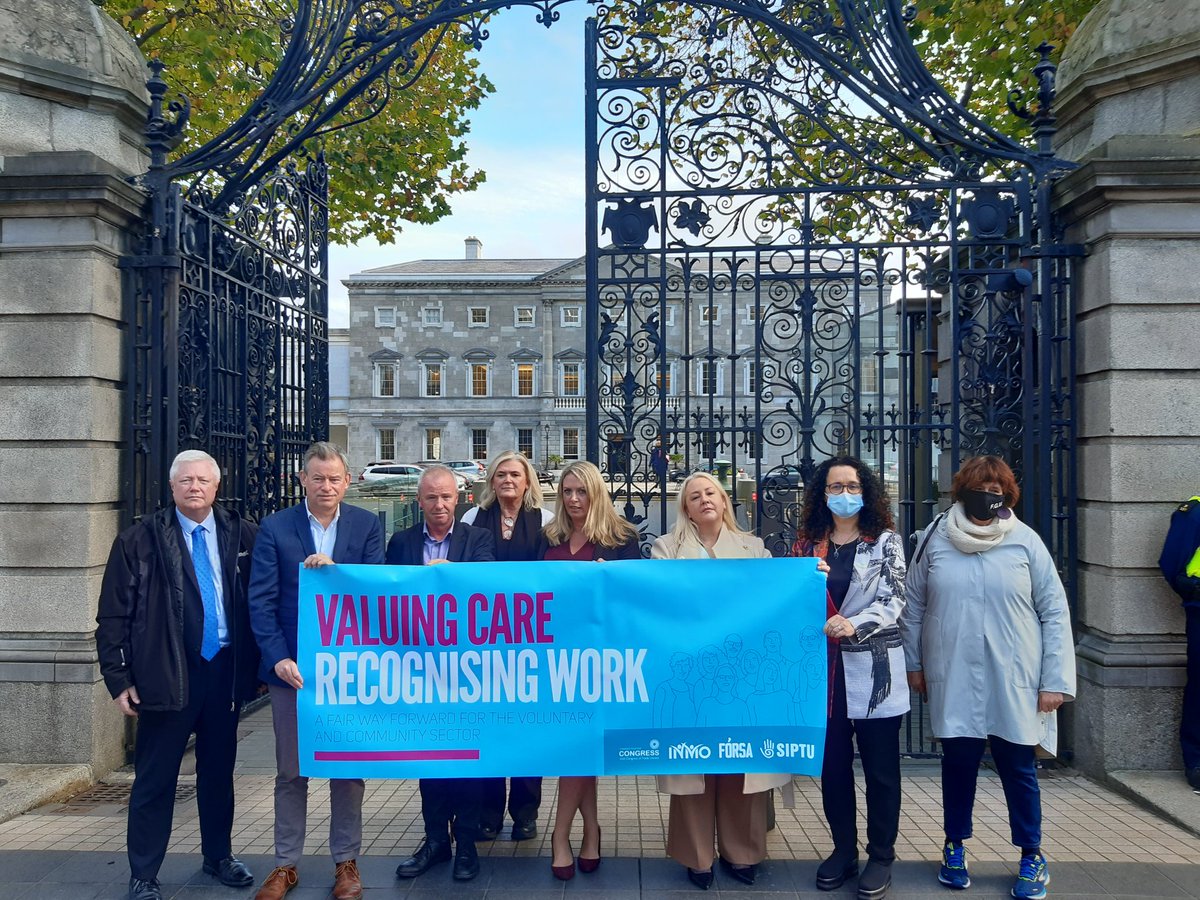 • Union representatives and workers outside Leinster House on Nov. 9th.

Community development worker Roisin Ryder said: “This is complex and skilled work. We need to attract skilled and talented people, but there’s no pension or competitive pay scale. There’s been an exodus from the community sector to the HSE, and why wouldn’t they? They can get better pay and a pension elsewhere.”

SIPTU public administration and community sector official Adrian Kane, said: “Most workers in these sectors are precariously employed with little or no pension cover or sick pay. We need to find a fair way forward for the voluntary and community sector.”

“These workers are the glue that holds our communities together. We want to ensure their work is recognised and valued. We’re putting in a pay claim of 3%, for a group of workers who have endured pay cuts, reduced working time, and zero pay improvements since 2008.”

While figures were not provided, unions say that “the vast majority of workers providing these services have not had any pay improvements since the collapse of social partnership in 2009”.

Following that breakdown, there was a “decoupling of the sector from pay provisions included in public sector pay agreements”.

The unions say the retention of staff in the sector is an issue, with up to a third of leaving their jobs each year to avail of better terms elsewhere.

Mr Kane continues: “Central to all of this is the establishment of an appropriate collective bargaining forum for the sector where we can negotiate pay, terms and funding for the sector with its primary funder, which is the State.”

Union leaders argue that while the Government is the principal funder of the sector, successive administrations have denied any responsibility for the terms and conditions of employment which exist within it.

“This has led directly to a highly dysfunctional industrial relations environment where recommendations by the Labour Court and other Employment Law Bodies remain unimplemented because the relevant government department will not fund the employer to comply with same,” they say. 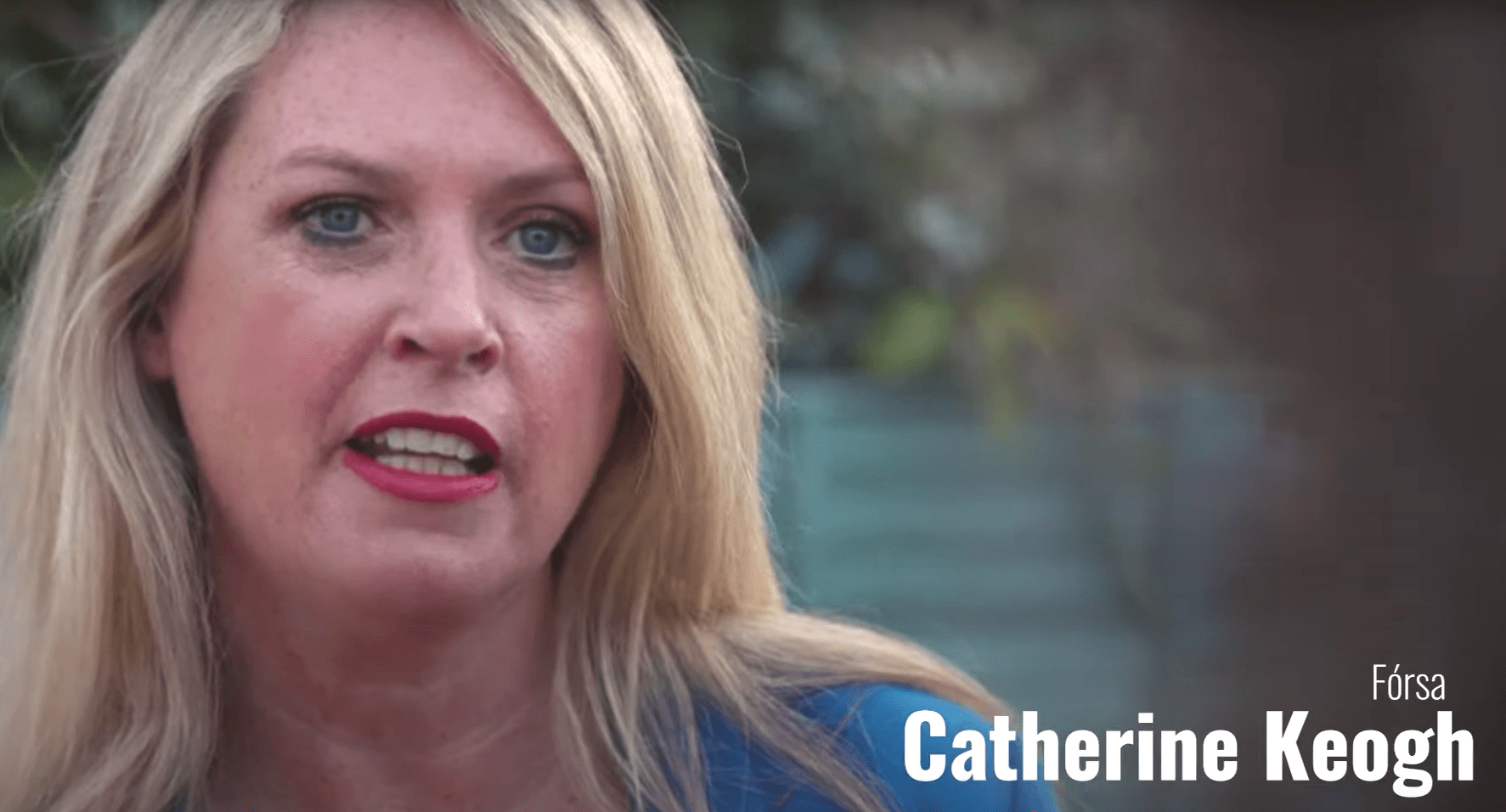 Fórsa assistant general secretary Catherine Keogh said:
“Employers in the sector are witnessing a flight of workers – which has the knock-on effect of creating additional recruitment costs. The loss of experienced staff has an immeasurable negative impact on the continuity of care they provide,” she said.