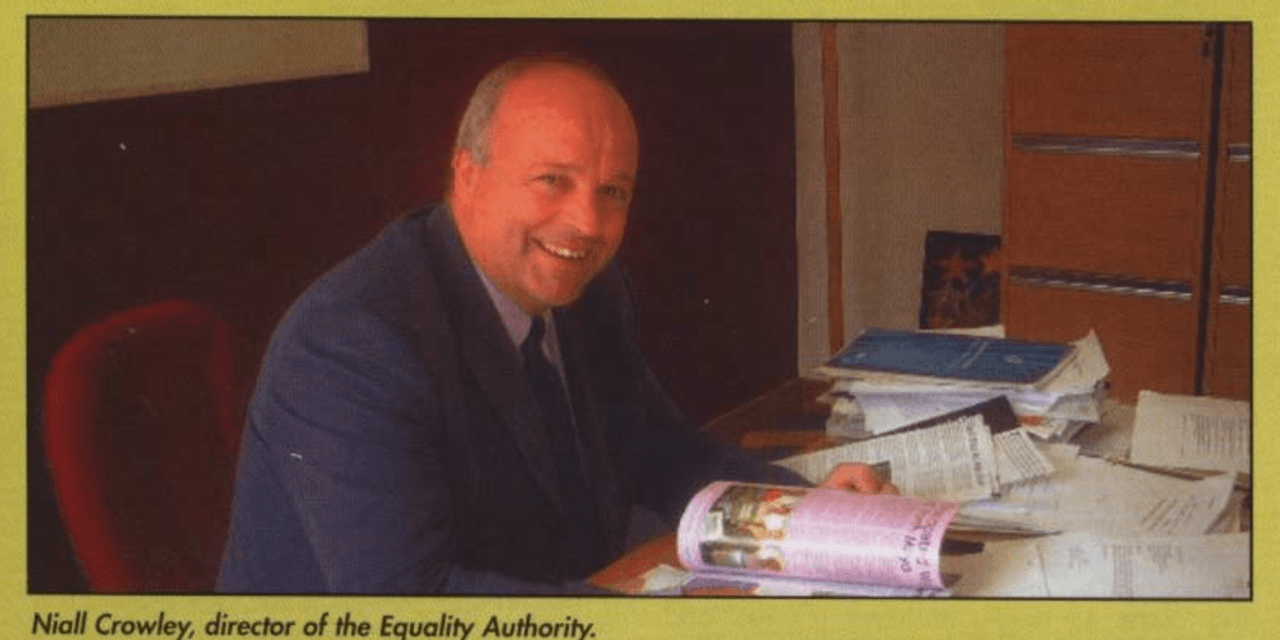 • Niall Crowley at his desk in the Equality Authority's offices in 2003. Photo: Changing Ireland.

In our Autumn 2003 edition (issue 9) the Equality Authority’s CEO Niall Crowley called on the government to add socio-economic or class discrimination to be be added to nine grounds already covered by equality law. The article was published as follows:

No, I’m not discriminating against you because you’re a divorced, Protestant, bi-sexual female Traveller with a disability. We just don’t allow anyone of your socio-economic class into this pub! And anyway, didn’t you vote no in the Nice Referendum and do time for stopping bin lorries? So, no, no and no!

It could make for a good joke, but the truth is that people can be discriminated against because of their class, for holding political opinions or because they have had a criminal conviction. And there is nothing under the Equality Act 2002 to protect them, yet.

However, the Equality Authority, has recommended to government that these categories be added to nine grounds already covered by law (protection against discrimination on the basis of age, gender, disability, race, membership of the Traveller Community, marital status, family status, sexual orientation or religion).

“One of the biggest gaps we have is the lack of equal status legislation for socio-economic groups. It is apparent to us from reports and research that in education, employment, accommodation, discrimination is being experienced by people on the basis of their socio-economic status,” said Niall Crowley, director of the Equality Authority.

“We have recommended it, but it’s a political decision,” he added.

Could such new laws, if introduced, lead to a social revolution?

“It would lead to significant change. It’s about new groups having a say in how decisions are made, having access to resources and having a standing in society they currently don’t have. These would all be radical changes; they are very necessary changes, clearly for the people themselves, but also for an effective society. All of society would benefit from those changes and from a wider participation in society from those who are currently excluded.”

To enact a law banning socio-economic (or class) discrimination would be “a practical, pragmatic response to the experiences people are having. Their experiences that run counter to political goals already established. For example, why invest significantly in labour-market programmes targeting working class people if we are willing to allow discrimination at the point-of-entry to the workplace?

“So, it’s not an ideological shift, it’s about a coherence in policy goals. It’s the same with people who have criminal convictions. For example, there are some very good programmes developed by the Department of Justice to assist people in the transition from prison-life to living in the wider society. And why invest in those programmes if you are going to allow people discriminate against people because they have had a criminal conviction? The whole investment can collapse because of the incoherence,” argued Mr. Crowley. 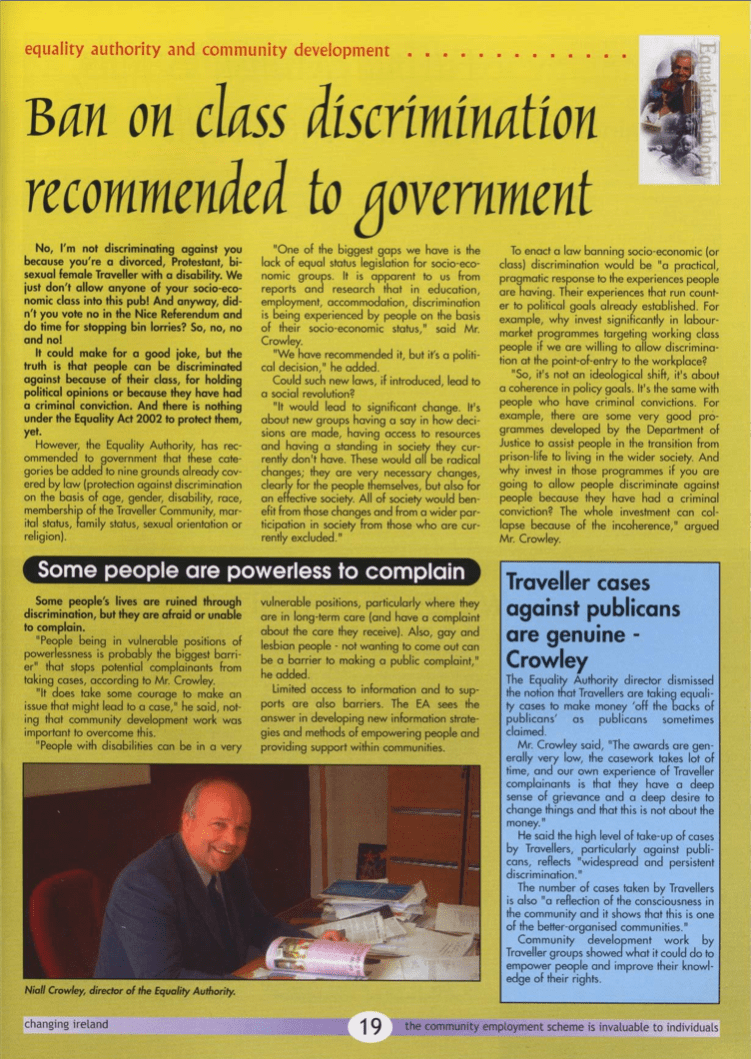 • The article as originally published in our Autumn 2003 edition. You can download any of our magazines from our archive at: https://www.changingireland.ie/digital-magazine-archive/ 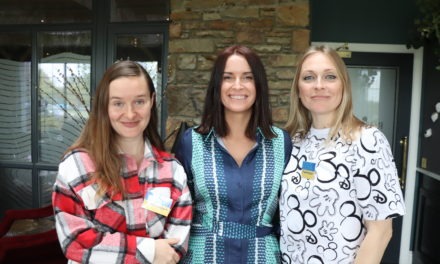