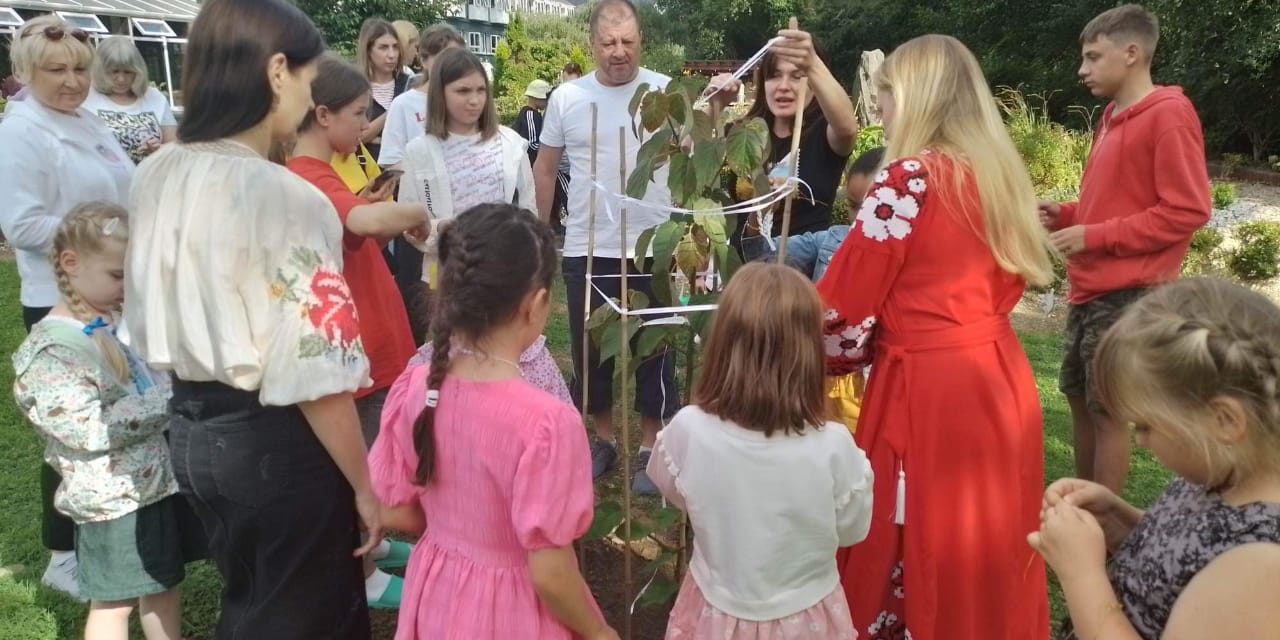 Davidia involucrate, also known as the dove-tree. This is the name of a tree planted by Ukrainian refugees in the garden of the Earl of Desmond Hotel, in Ballyseedy, near Tralee, Co. Kerry.

“By planting this tree we would like to wish peace for our Homeland, and to express our deep gratitude to Irish people for their kindness and hospitality. They made huge difference in our lives,” said Tetiana Tymchak, a Ukrainian volunteer who led the initiative.
“Hotel staff work very hard every day for us. We feel welcomed and cared for. That moves us to tears,” she said.

The event occurred on Ukraine’s Independence Day – on Thursday, August 24 – and followed a concert performed in the hotel yard by Irish and Ukrainian singers. On that day, the refugees wore national embroidered clothes and held Ukrainian blue and yellow flag. 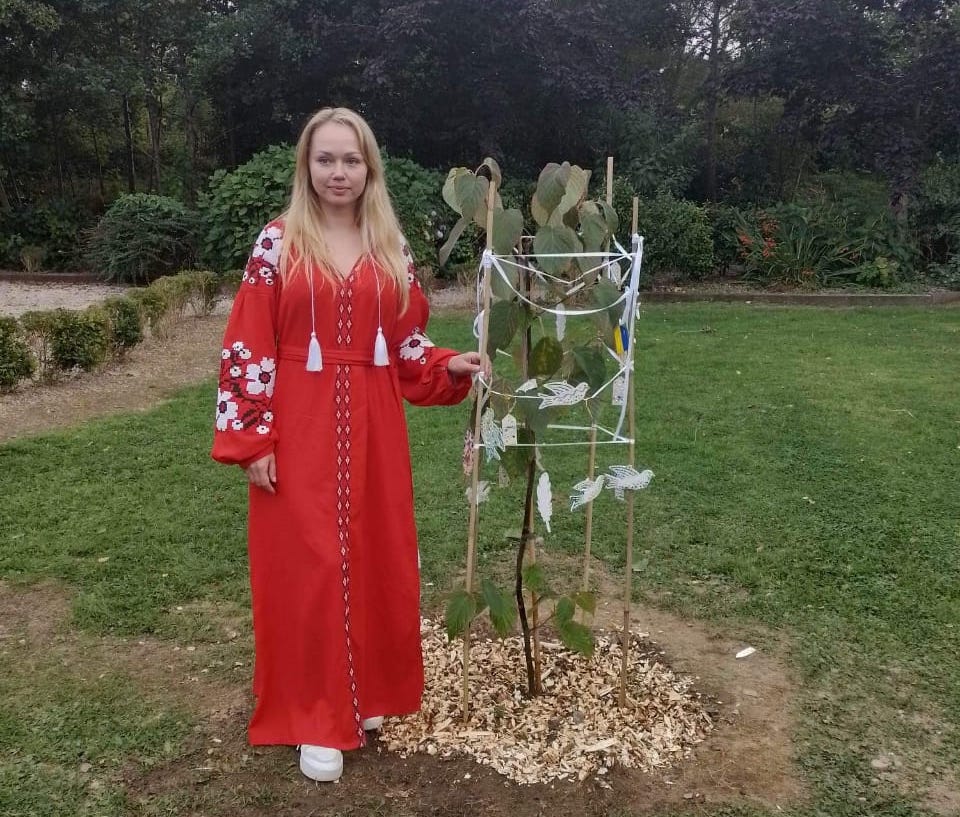 Planting the tree, kids and adults sang the patriotic Ukrainian song «Ой, у лузі червона калина» (English title – “Oh, the Red Viburnum in the Meadow”). This old song gained international attention after the Russian invasion of Ukraine started. The red viburnum (in Ukrainian – the “chervona kalyna”) is a national symbol represented throughout Ukrainian folklore. The song by itself became a symbol of courage and bravery of Ukrainian people in their fight for independence. 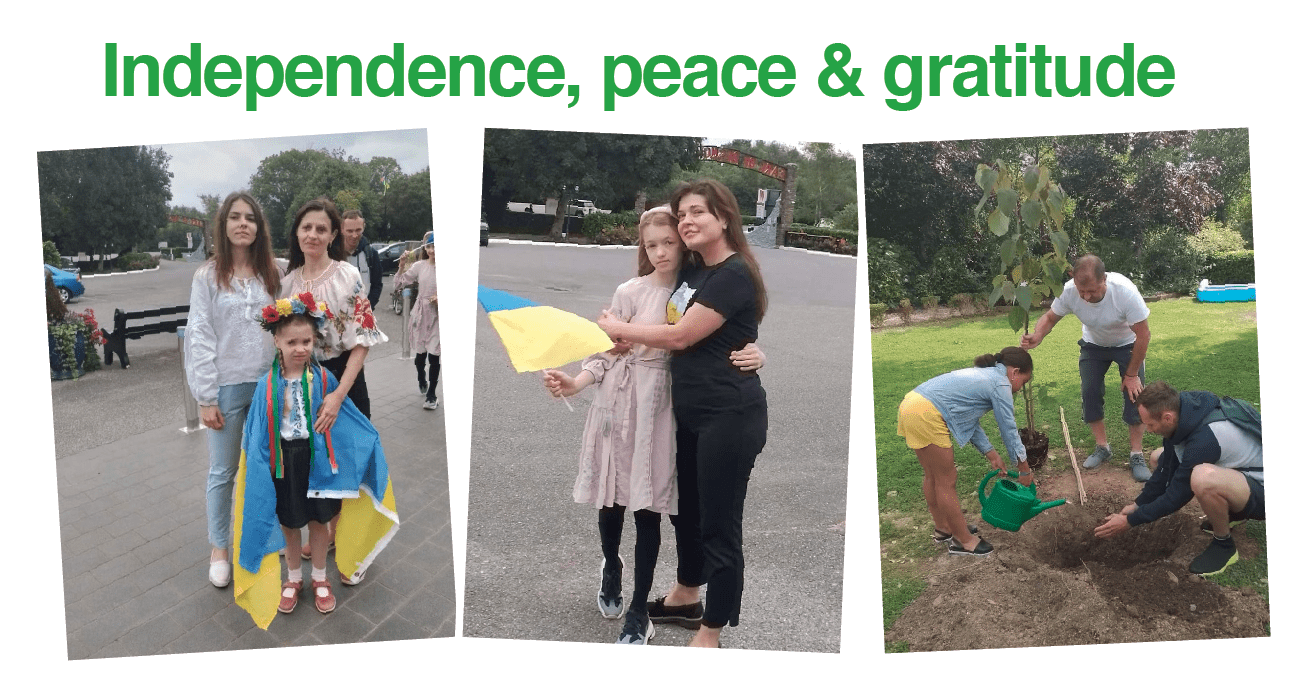 It is interesting to know that davidia is a very rare tree. It is named after Armand David, a French missionary and naturalist. Victoria Keane, who works at Liscahane Nursery and Garden Centre, said a monk brought this tree to Europe from China in the 1800s. Davidia flowers have big beautiful white petals which look like dove wings. That is why it is also called the dove-tree. And, as we know, the dove is a symbol of peace.

Davidia planted in the hotel garden will bloom the next year. While the tree does not have flowers, Ukrainian children and adults decorated it with hand-made doves. The most they want now is victory and peace. Peace for their country and peace for every heart.

As the song goes:

“Oh, in the meadow a red kalyna has bent down low,

For some reason, our glorious Ukraine is in sorrow.

And we’ll take that red kalyna and we will raise it up,

And, hey – hey, we shall cheer up our glorious Ukraine!” 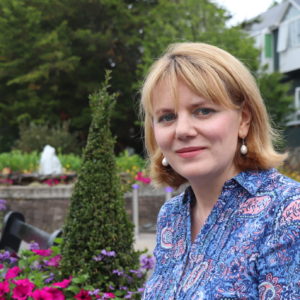 I am from Kyiv, Ukraine. For the last 20 years I worked as a radio host, editor and correspondent. I love to listen to life stories of people who can inspire and teach something. I am now resident in Co. Kerry, Ireland.