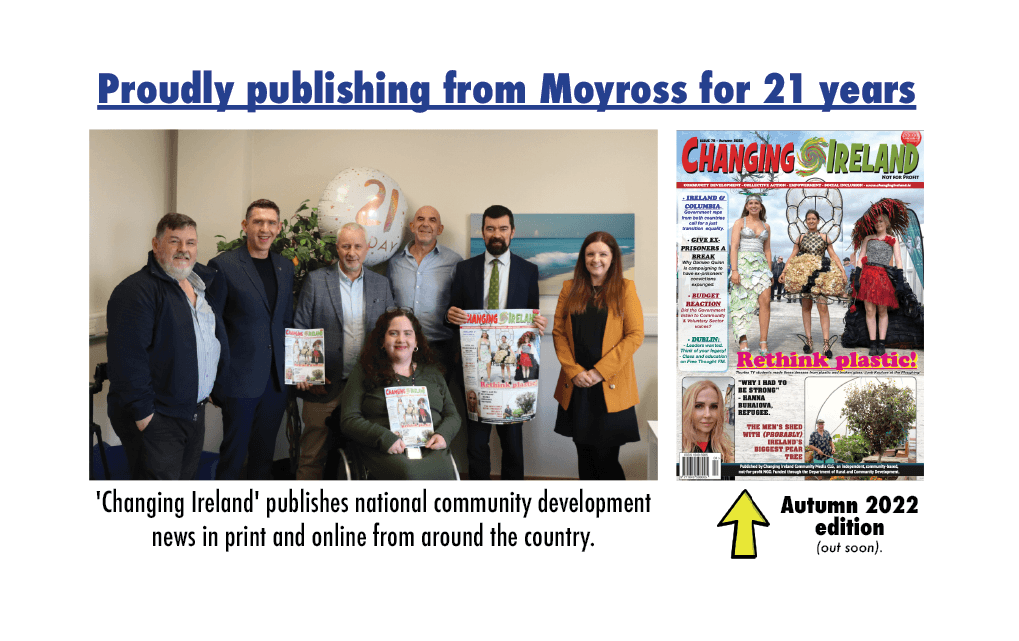 ‘Changing Ireland’ welcomed Minister of State for Community Development, Joe O’Brien, to Moyross this week as our publication celebrates 21 years publishing news from communities around the country.
Over the years, the magazine has featured community initiatives, volunteers and activists from every county – from Erris Head to Wexford town, from Dublin to Derry and Kerry – and the minister commended the magazine for its coverage and its “track record” and for being “at times critical”.

“Congratulations to chairperson Shane O’Sullivan and his board and staff for managing and supporting an unique project now publishing for 21 years. It is all the more important today to have trustworthy media,” said Minister O’Brien.

“‘Changing Ireland’ has a track record in promoting community development, giving marginalised communities and people who are hard to reach a voice, and highlighting positive local and national initiatives. It is also at times critical and that is to be welcomed.”

The minister was welcomed to Moyross by Shane O’Sullivan, chairperson of Changing Ireland Community Media CLG, the not-for-profit company that publishes the magazine with support from the minister’s Department and with a small amount of funding earned from social enterprise activities.

The minister was shown the bungalow in Sarsfield Gardens where the magazine was based for its first 17 years before it moved into new offices in Moyross Community Hub.

“Being part of the community has always been core to the ‘Changing Ireland’ project,” said Mr. O’Sullivan. “The project is rooted in Moyross and gives as well as receives support locally.”

The magazine employs one person as editor/manager and engages reporters on a freelance basis.

“Our work is underpinned by Community development principles and the company is managed by a voluntary board. Now, Changing Ireland is the most popular and longest-established Community and Voluntary Sector magazine published in Ireland. It is a trusted and valued news source,” said Mr. O’Sullivan. 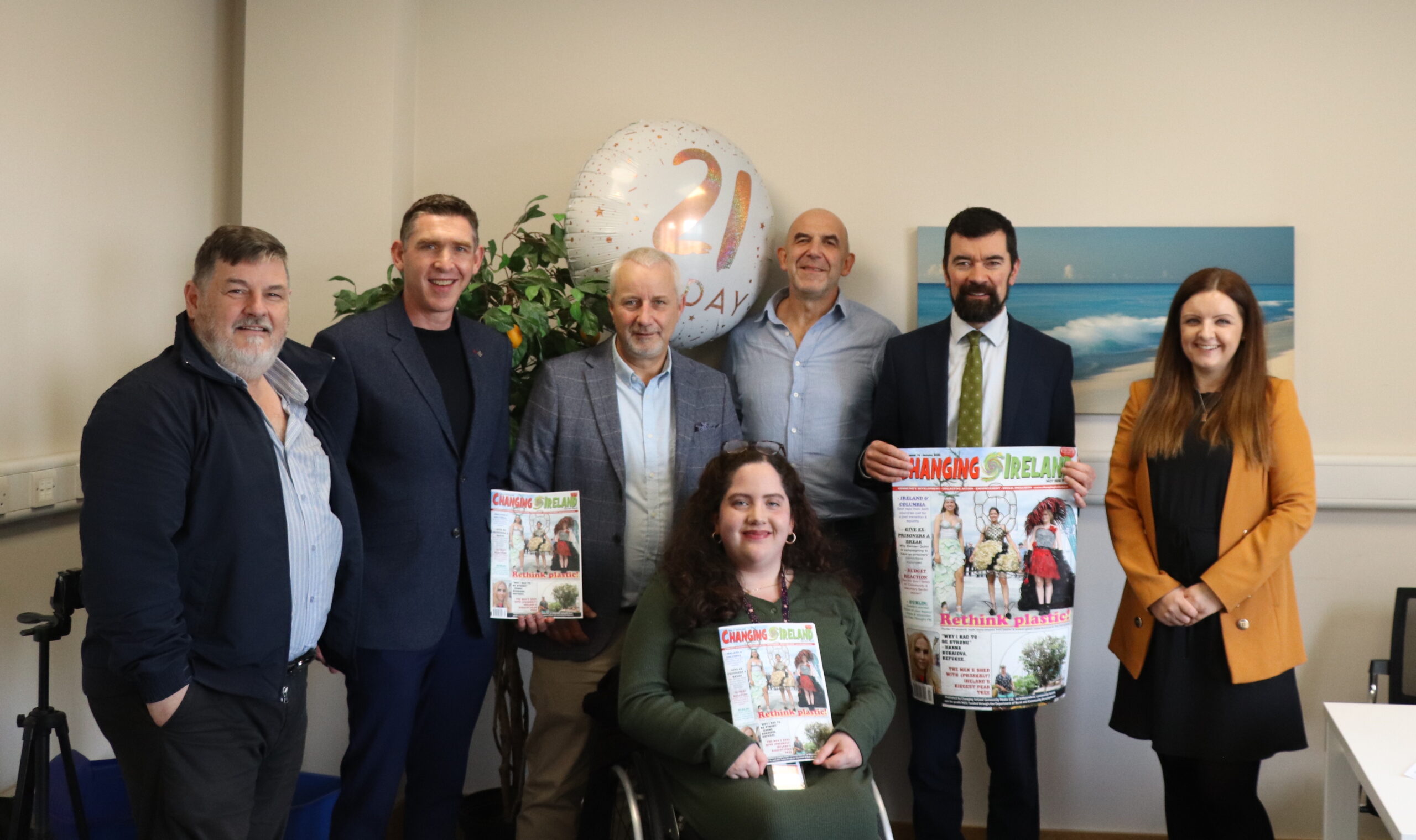 “The magazine was first spoken of in 1999 and two years later a community project in Moyross won the national contract and ‘Changing Ireland’ was born. Constant negative headlines and stigmatisation which Moyross people face prompted local activists at the time to get behind the project. People need to hear of the positive initiatives happening nationally in communities around Ireland – including Moyross.”

He thanked everyone behind the venture including community workers nationally, activists in Moyross since the beginning, the Department in its various iterations through the years, current and past board members, editorial team members, reporters and readers.

Among those to have featured in the magazine over the years are Mary Coughlan, Seán Óg Ó hAilpín and Bernadette McAliskey. However, most covers feature ordinary folk doing extraordinary things in communities. The first edition featured a nun, Sr. Mary Carmel, from Thomondgate, Limerick, disguised as a man as part of a ‘Challenging Stereotypes’ project. 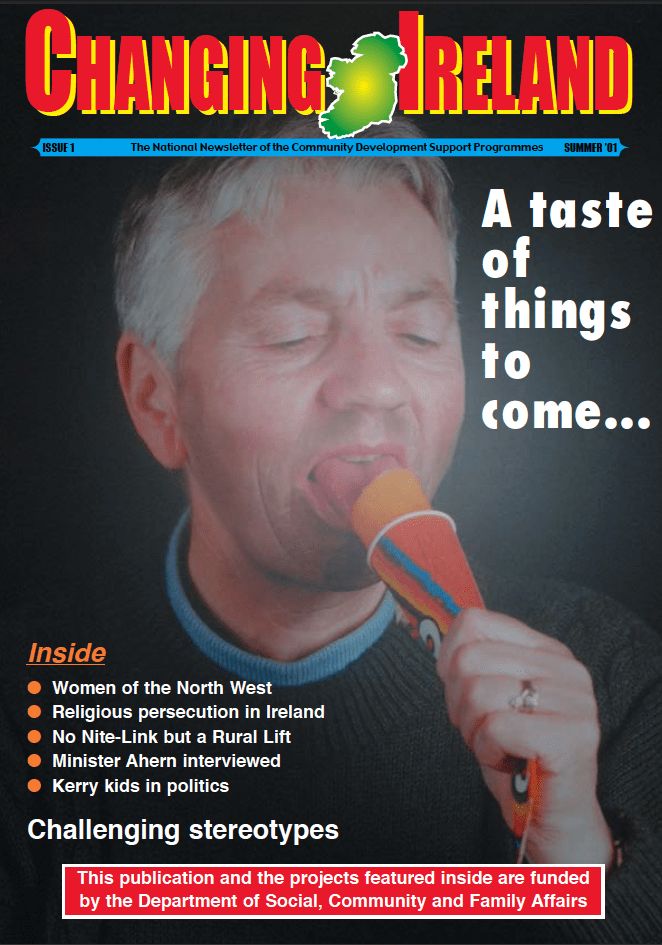 By year’s end, Changing Ireland Community Media CLG is due to complete a strategic plan for the coming years – with part of that vision being to increase the level of news output and improve the publication’s online presence and appeal. 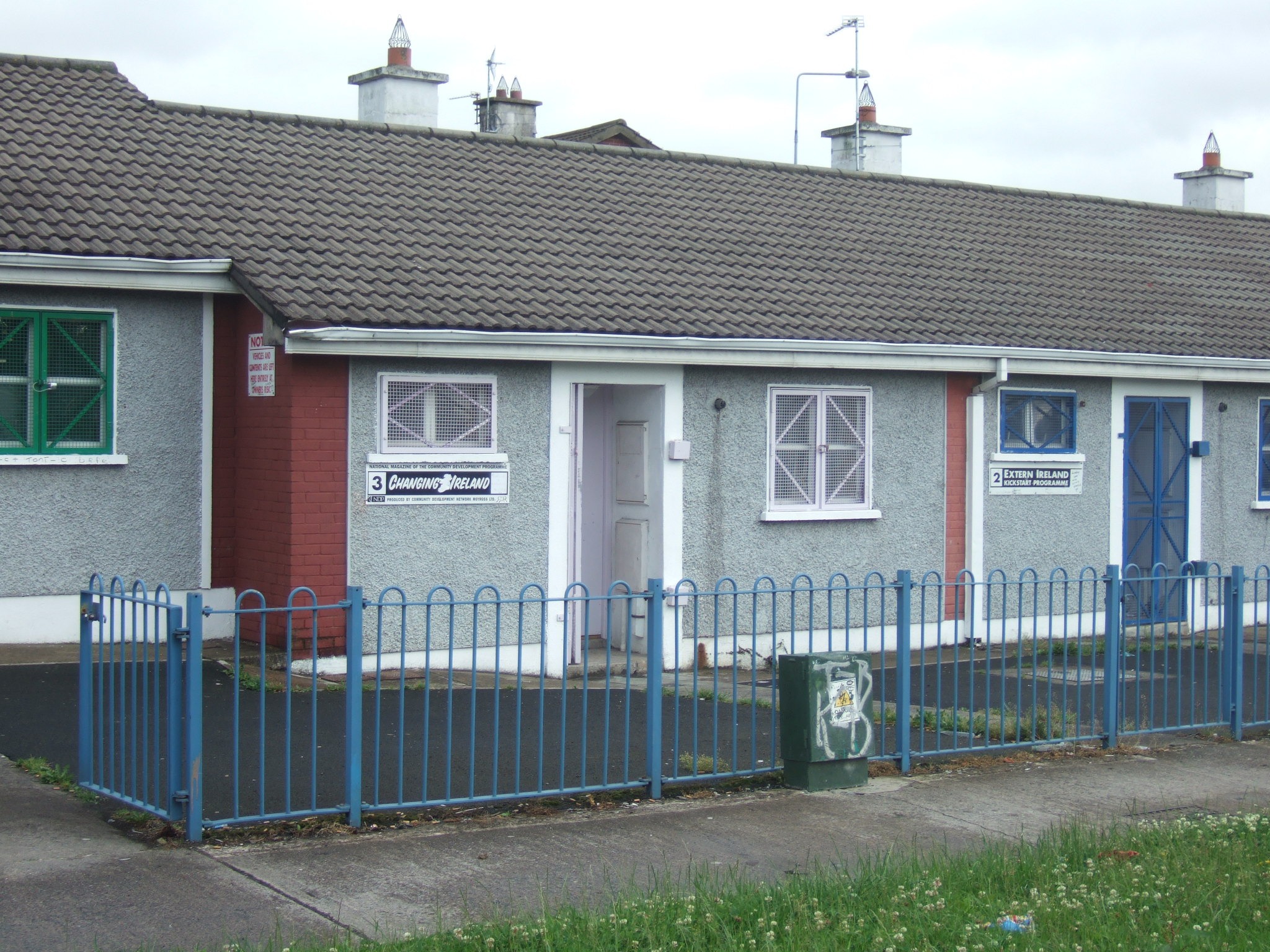 • Sarsfield Gardens, Moyross: From 2001 to 2017, ‘Changing Ireland’ was based in a refurbished bungalow, a locally-led early example of regeneration.

Call to visit us – just ask at reception or knock on the door or better still email or ring in advance. We are now based in Moyross Community Hub, pictured below. 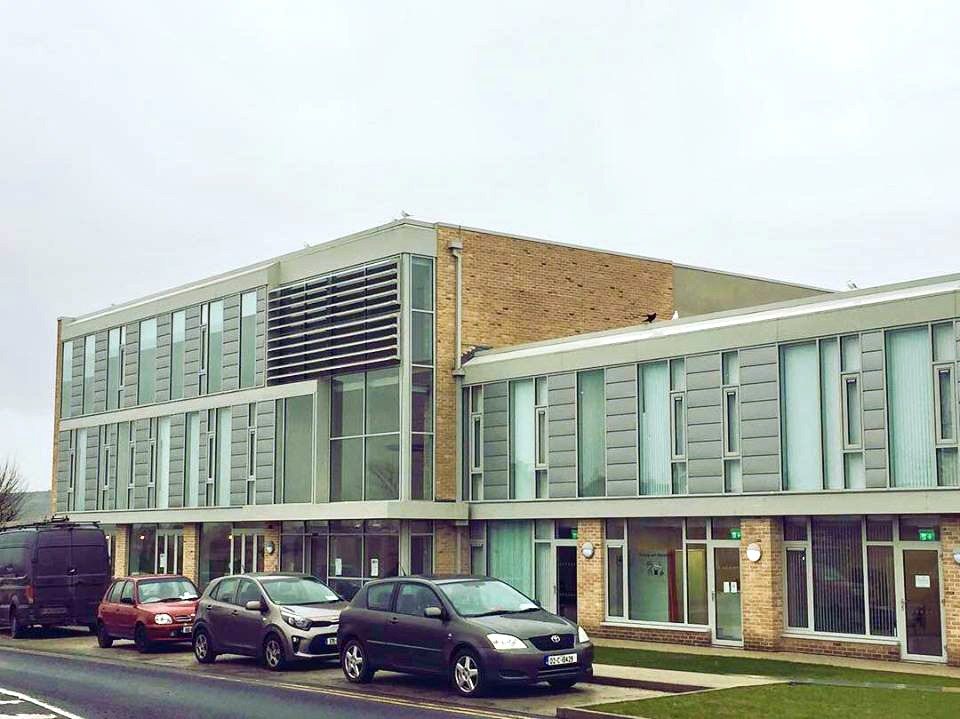 What we love about Moyross 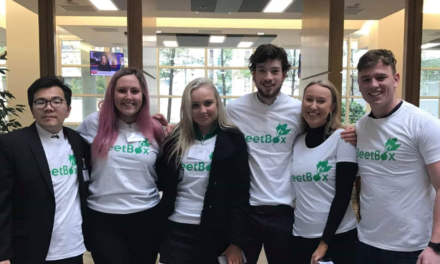 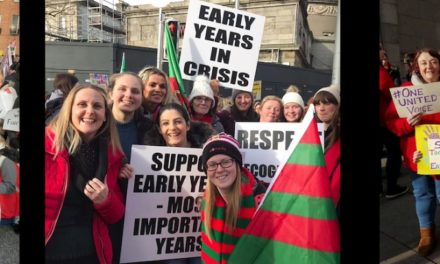 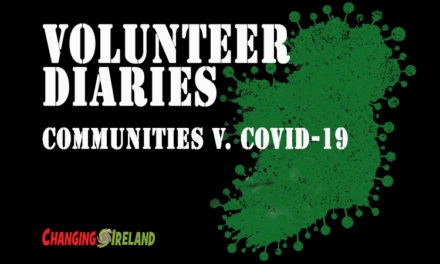