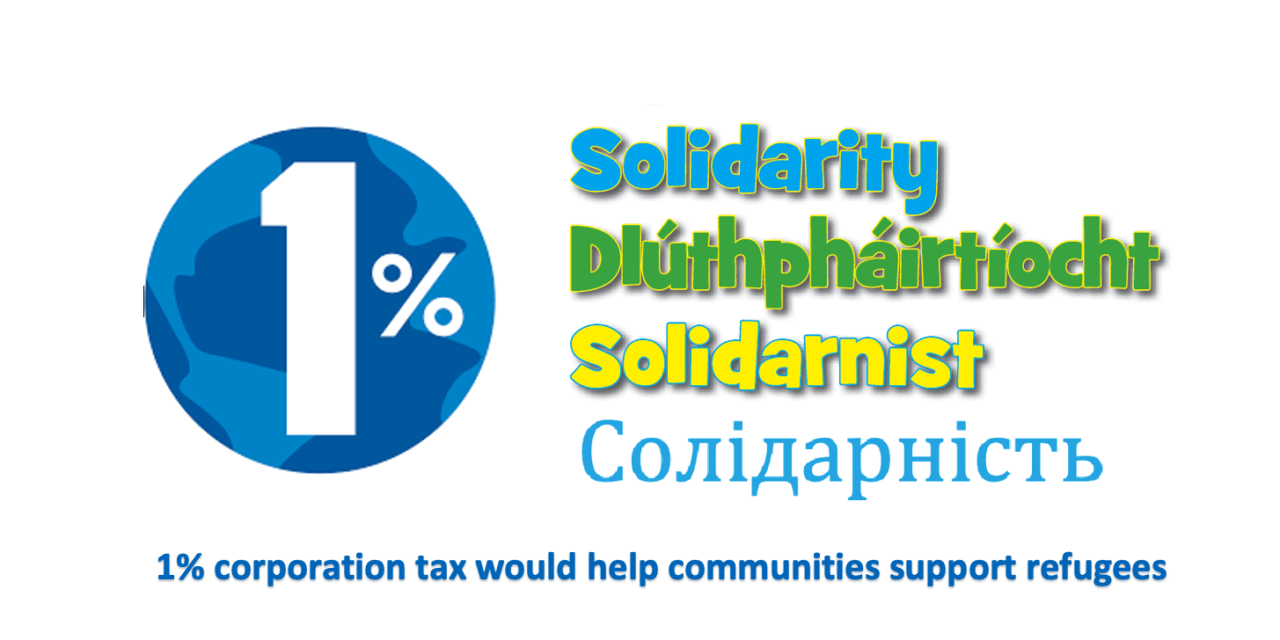 There should be a war tax (eg 1%) imposed on corporations earning profits of over €1m to help finance communities to support refugees.
Ireland thankfully opened its doors to take in war refugees from Ukraine and the response from Irish people has been fantastic, but this could run for years.
We are a rich country partly because multi-nationals are attracted here by low corporation taxes and the space provided for “tax efficiency”. Now we are in an emergency and those who can afford to pay more tax should do so.

Why do communities need more support?

The Ukrainian refugees coming here need to put down roots and connect locally if they are to connect nationally with Ireland. The support and integration of tens of thousands of refugees will place greater demands on the Community Sector than even the pandemic did.

Staff in Local Development Companies and others have done wonders in the early weeks of the war, but they have more than enough to do to support existing groups. While there is some elasticity in how Local Development Companies operate, diverting resources from current targets comes at a cost to groups already dependant on them for support through the Social Inclusion and Community Activation Programme.

Community Sector demand for more resources was highlighted last year – even before refugees came here from Ukraine – when 124 community groups applied to become part of the new pilot Community Development Programme. (While the aim is to expand the programme, only seven were chosen for the pilot). 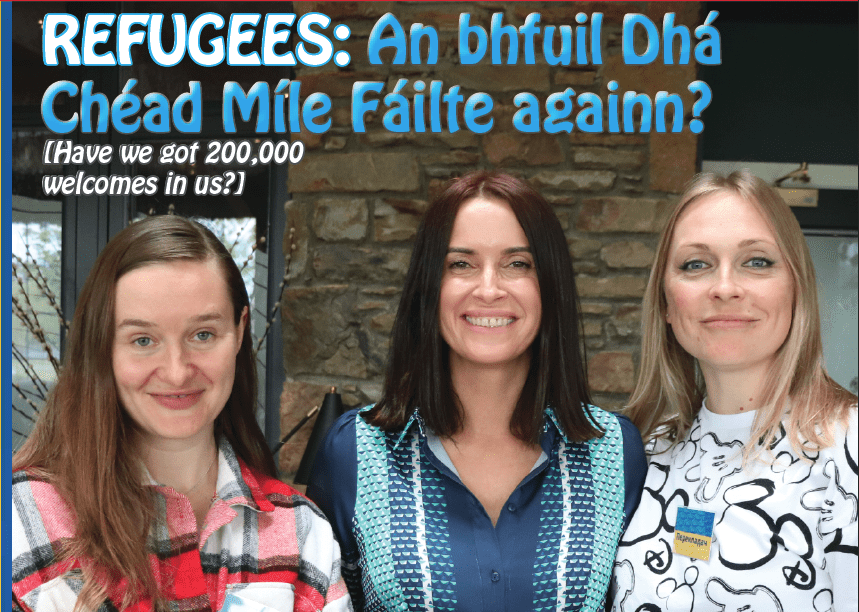 • From the front cover of our Spring 2022 edition: Olena Syniuenchko, refugee/translator; Lisa O’Flaherty, co-ordinator of North East West Kerry Development’s Moving On project – which organised a Jobs Fair in Tralee; and Olya Marymtseva, refugee/ translator / Kerry Education and Training Board.

Refugees seem for now largely unaware of our housing crisis. Housing absolutely needs to be addressed in new and fair ways so we build sufficient homes to match demand.
At present, the new arrivals are at risk of being moved around geographically between emergency accommodation hubs. This was done in the past, sometimes to subdue the legitimate complaints of asylum-seekers trapped in Direct Provision and to stop them organising. That should not happen again.

To work with any community the members of that community need to be centrally involved, to be part of the decision-making. The Ukrainians’ ability to contribute will depend not just on the resources made available from government, but how well they are facilitated to organise. The challenge is to see that community development principles and practices are followed. It won’t be cost-free.

One minister predicted 200,000 refugees could come here and calls have been made by NGOs for one member of government to be made responsible for overseeing the arrival and integration of refugees. The NGOs also said the State cannot depend indefinitely on volunteers.

The Government also cannot ignore the needs of refugees fleeing other wars and persecution. We are a country that now welcomes refugees and we can be proud of that once we look after all our guests. But are we giving a Chéad Míle Fáilte, or if numbers rise – a Dhá Chéad Míle Fáilte? 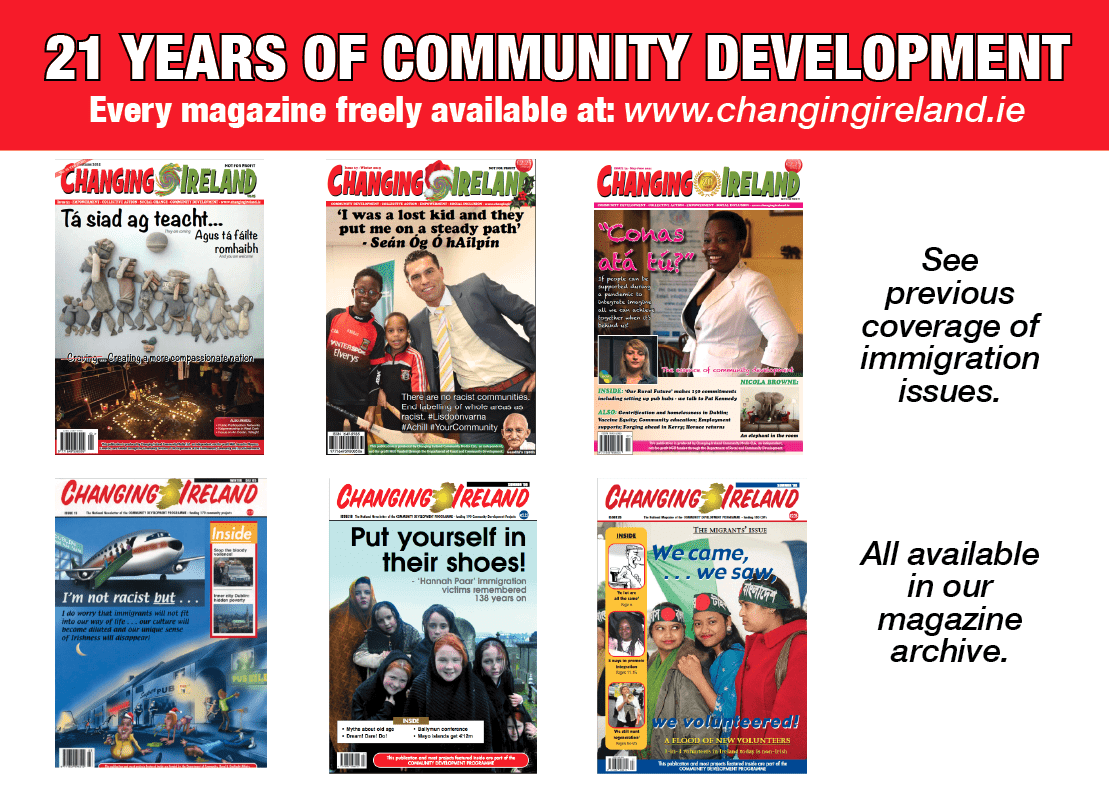 • Over 21 years, here are a half-dozen of our covers focusing on refugees, anti-racism and integration. See the full archive here!